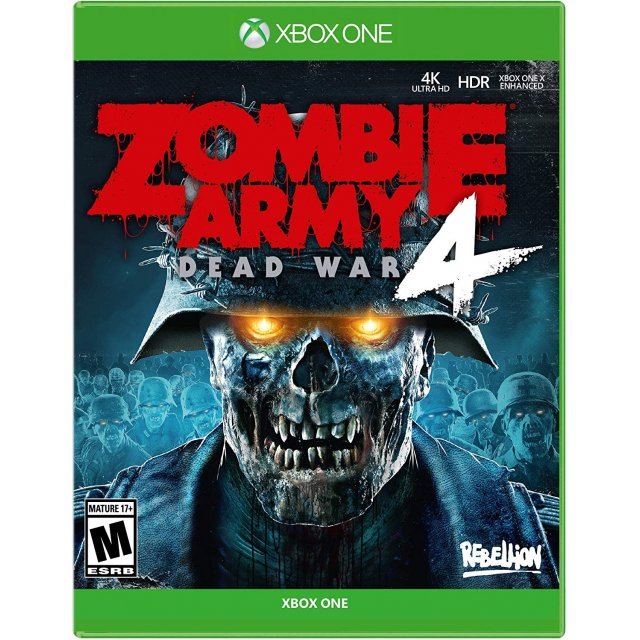 Works on all systems sold worldwide, a correct regional account may be required for online features.
1w Expected stock arrival within 1 week.
US$49.99
Manufacturer
U&I Entertainment
Compatible With Xbox One™ (XONE™)
Version

The year is 1946. Europe lies in ruins, torn apart by the nefarious “Plan Z.” A brave band of heroes cast the Führer into hell but little do they know … Hitler’s Hordes are back for more! Face the darkness in singleplayer or team up with friends as you blast your way through Nazi undead in this spine-chilling shooter from the makers of Sniper Elite 4.

No reviews for Zombie Army 4: Dead War yet.