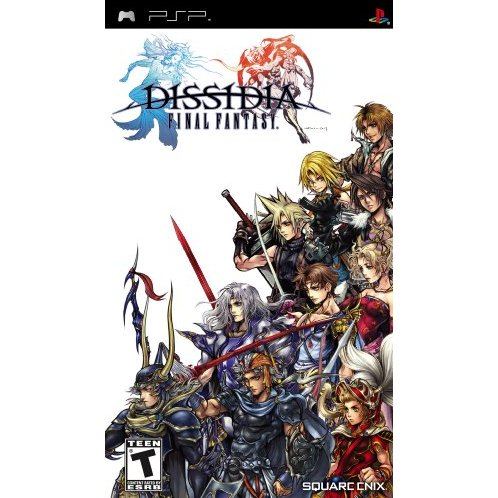 Works on all systems sold worldwide, a correct regional account may be required for online features.
1w Expected stock arrival within 1 week.
US$20.89
Our previous price:US$ 24.90
You save: US$ 4.01( 16% )
Manufacturer
Square Enix
Rated By Our Customers
1w Expected stock arrival within 1 week
Price
US$20.89
Our previous price:
US$ 24.90
You save:
US$ 4.01( 16% )
Play-Asia.com Return & Refund Policy
Trustpilot
Trustpilot
Click on a thumbnail to see more pictures for Dissidia: Final Fantasy

Cosmos, the goddess of harmony. Chaos, the god of discord. Reigning from distant realms, the two gods had gathered warriors from all lands to lead them in savage war. Cosmos and Chaos were of equal strength. It was believed the conflict would last forever. But - The balance was broken. Those who answered Chaos's call created an inexhaustible force. And under vicious attack without relent, the warriors fighting for Cosmos started to fall one by one. The conflict that has continued for eons is now about to end in Chaos's favor. The world has been thorn asunder, sinking into a vortex of disorder. As for the few surviving warriors - their fates are about to be determined.

If you are familiar with Dissidia: Final Fantasy, why not let others know?