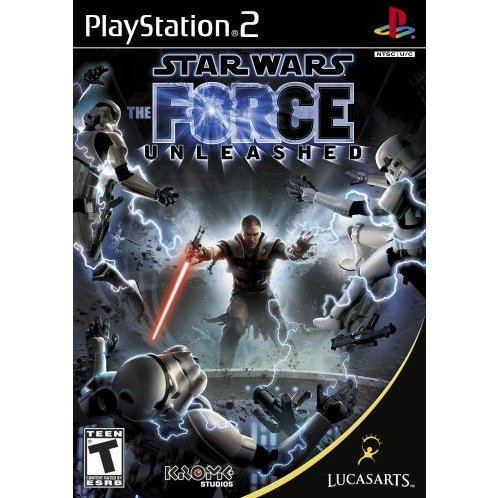 Collections
LucasArts
Rated
By Our Customers
Compatible with PlayStation 2™ (PS2™)
For US/Canada systems.

NTSC
1w Expected stock arrival within 1 week
Price
US$25.99
Our previous price:
US$ 44.40
You save:
US$ 18.41( 41% )
Play-Asia.com Return & Refund Policy
Trustpilot
Trustpilot
Click on a thumbnail to see more pictures for Star Wars The Force Unleashed

The Star Wars saga continues in Star Wars: The Force Unleashed. You are Darth Vader's Secret Apprentice! The Dark Lord of the Sith himself has trained you to use a lightsaber and unleash the power of the Force, but now your destiny is your own. Will you join Vader as the next great Sith, or will you choose to defend peace and justice as a noble Jedi Knight?

Transformers: Revenge of the Fallen
US$ 18.39

Spieluhr (13) on 23, Jul. 2013 17:36 (HKT)
disappointing
While I didn't have many expectations, the game makes you think it's about a sith, so I was excited to play as the dark side. It's.. really not like that. The story is cliche and the protagonists's motivations and personalities didn't make much sense or had much work into them.