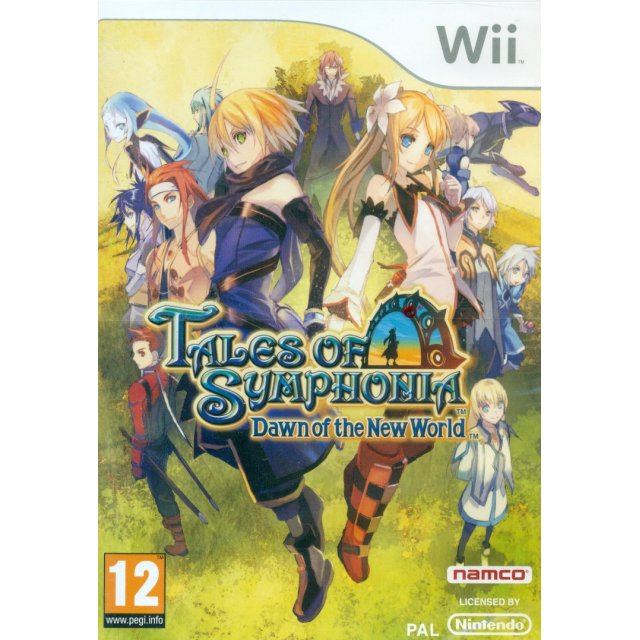 Collections
Atari
Rated
By Our Customers
Compatible with Nintendo™ Wii (Wii™)
For PAL systems only.

Set two years after the events of the original, best selling Gamecube RPG, Tales of Symphonia, embark on a new adventure in the world saved by Lloyd and his friends. Tales of Symphonia: Dawn of the New World follows the journey of two young heroes in a world of chaos as their fates intertwine with Lloyd, Colette, and Ratatosk, a summon spirit rumored to be the lord of all monsters.Retains the award-winning original’s dramatic storytelling, endearing characters and action-packed battle system along with new gameplay elements and functionality designed exclusively for the Wii™ Console. Tales of Symphonia: Dawn of the New World will sure to be an instant classic.

If you are familiar with Tales of Symphonia: Dawn of the New World, why not let others know?