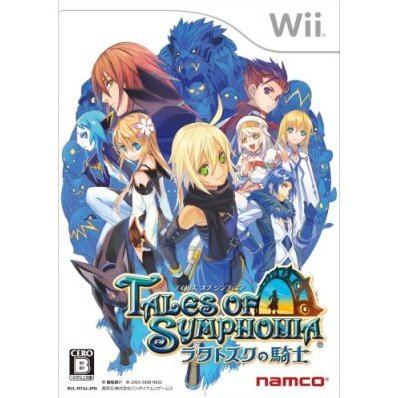 
Click on a thumbnail to see more pictures for Tales of Symphonia: Knight of Ratatosk

Great Game!
This game is a great and successful sequel of the Tales of Symphonia. Like expected, the graphic is well done, the gameplay is so much better but the World Map isn't like it used to be. That's why I find it the only negative thing about this game and that is the new World Map. Other than that, It's a fantastic game!

Tales of Symphonia: Knight of Ratatosk is the continuation of Tales of Symphonia from the Game Cube era. Due to Loyd's and Collette's efforts, the land has merged and this led to a change in climate and natural environment. Aside from the environmental disturbances, the social gaps between the former continents Silverland and Teseara are getting wider.Since Teseara is prosperous and technically advanced, its residents has always been looking down on Silverland. Being unfairly treated, the Silverlands blame Teseara, Loyd and Collette for their misfortunes. Skirmishes and violence become increasingly intense and eventually leads to the blood bath of Panacosta where large numbers of innocents die.The sequel to the popular RPG features both old and new heroes and wraps up the lose ends from the previous game. Prove to the people that creatures of different races can live together in peace, this much awaited game features a battle system which allows you to make allies out of beasts and monsters.

If you are familiar with Tales of Symphonia: Knight of Ratatosk, why not let others know?