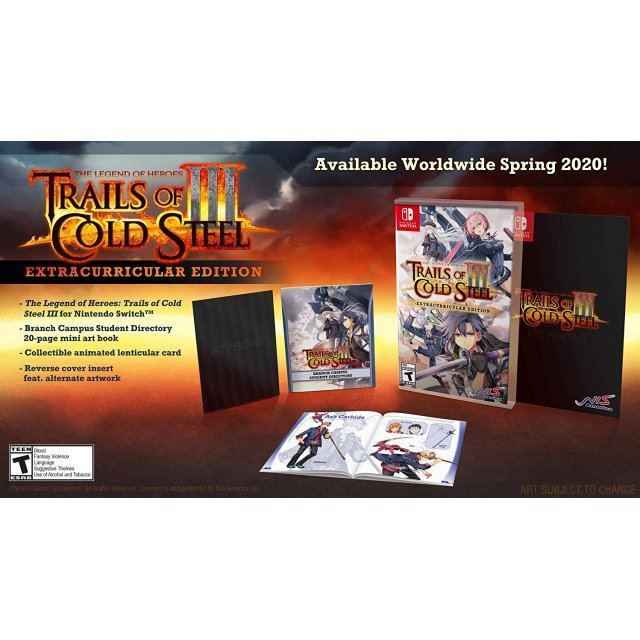 Works on all systems sold worldwide, a correct regional account may be required for online features.
1w Expected stock arrival within 1 week.
US$69.99
Manufacturer
NIS America
1w Expected stock arrival within 1 week
Price
US$69.99
Play-Asia.com Return & Refund Policy
Click on a thumbnail to see more pictures for The Legend of Heroes: Trails of Cold Steel III

Pre-Order The Legend of Heroes: Trails of Cold Steel III to receive an Extracurricular Edition:

Is It Wrong to Try to Pick Up Girls in a Dungeon? Infinite Combate [Limited Edition] (Multi-Language)
US$ 64.99

If you are familiar with The Legend of Heroes: Trails of Cold Steel III, why not let others know?