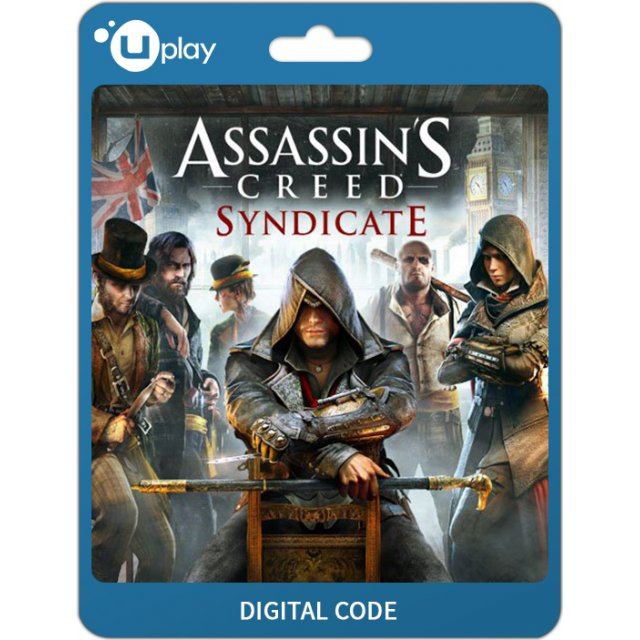 Region Free
This item will deliver instantly in your account. Some orders may be subject to verification by SMS or Voice which may cause delays.
US$7.43
Manufacturer
Ubisoft
Compatible With Windows™ (PC)
Version

London, 1868. The Industrial Revolution unleashes an incredible age of invention, transforming the lives of millions with technologies once thought impossible. Opportunities created during this time period have people rushing to London to engage in this new world. A world no longer controlled by kings, emperors, politicians or religion, but by a new common denominator: money.

However, not everyone is able to enjoy the benefits of this boom. Despite fueling the engine of the British Empire, workers’ lives are little more than legalized slavery while the top few percent profits from their labor. Living poor and dying young, the lower class unite together in protest as a new kind of family – gangs – who turn to a life in the underworld in their struggle to survive. A struggle, until watchful Assassins come to their side and re-ignite an age-old conflict involving London’s leaders that will echo throughout modern history from the underground, up.

Introducing Assassin Jacob Frye, who with the help of his twin sister Evie, will change the fate of millions in the upcoming Assassin’s Creed Syndicate. Rise to rally and lead the underworld to break the corrupt stranglehold on London in a visceral adventure filled with action, intrigue and brutal combat.

Need for Speed (Origin) Origindigital
US$ 11.00

Need for Speed Payback Origindigital
US$ 11.94

No reviews for Assassin's Creed: Syndicate yet.