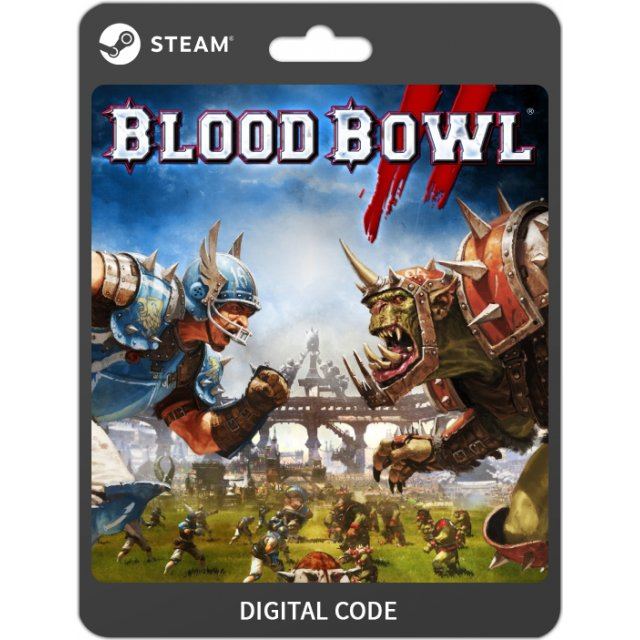 Region Free
This item will deliver instantly in your account. Some orders may be subject to verification by SMS or Voice which may cause delays.
US$6.67
Manufacturer
Focus Home Interactive
Compatible With Windows™ (PC)
Version

Gear up for the most terrifying and vicious football game to date, as the popular football fantasy game returns inBlood Bowl 2! Face once more the cruel creatures from the world of Warhammer in this violent version of American football! Enjoy the authenticBlood Bowlexperience made even better with improved visuals, sound effects, and animations brought by the game’s new graphics engine.

Prepare for the ultimate gridiron battle! The teams of Humans, Orcs, Dwarfs, Elves, Skaven, Beastmen and other races are ready to showcase their own personal style, tactics, and special skills to bring unique action and diversity in every match. Choose among the contending races and go head-to-head in a violent, turn-based contest in which victory can be earned by either touchdowns or butchering opposing players. Featuring dynamic cameras angles that enhance the brutal atmosphere of the matches, the "Cabalvision" design of the interface and the entertainingly hilarious commenting duo featuring Jim Johnson and Bob Bifford who gives blow by blow updates of the extreme matches,Blood Bowl 2delivers the true meaning of fantasy football!

Take charge of one of the most prominent teams inBlood Bowlor create and manage your very own team, club, and stadium as you battle your way to the top in a bloody and exhilarating matches.