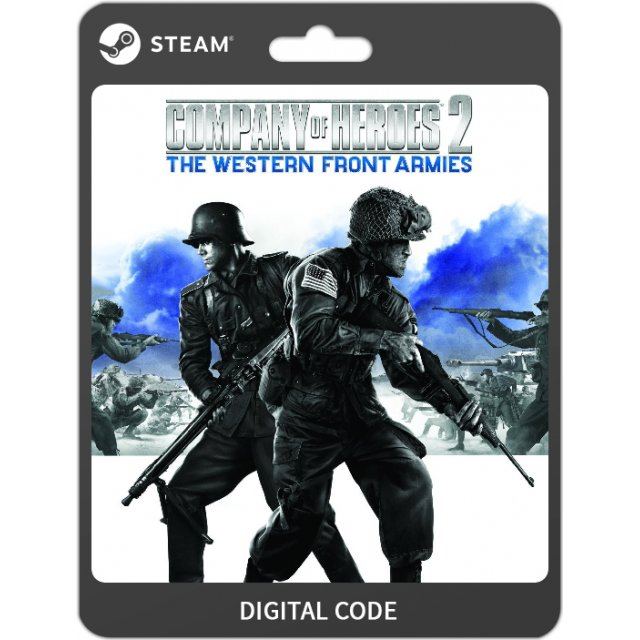 Region Free
This item will deliver instantly in your account. Some orders may be subject to verification by SMS or Voice which may cause delays.
US$10.19
Manufacturer
2K Games
Price
US$10.19
Play-Asia.com Return & Refund Policy

Company of Heroes 2: The Western Front Armies is the first Standalone Multiplayer release for Company of Heroes 2. The focus shifts back to the Western Front, depicting some of the most brutal fighting of World War II in the darkest days of the conflict. The addition of the US Forces and the German Oberkommando West brings two entirely unique factions that will forever change the shape of multiplayer combat.

Each Army has distinctive tactical gameplay options, new infantry, team weapons, vehicles, abilities and upgrades on a total of eight seasonal multiplayer maps set on the Western Front. The Western Front Armies also includes an extended progression system that introduces other unique content into the game and enables players to dive deeper into the tactical and strategic aspects of the game than ever before.

The Western Front Armies will be available as a stand-alone package that represents an entry point into the franchise and access to the vibrant Company of Heroes 2 community. New players can also access 23 existing Company of Heroes 2 maps in auto-match, and play against all other existing factions.

Wolfenstein: The Old Blood STEAMdigital
US$ 5.22

Company of Heroes 2 STEAMdigital
US$ 4.80

No reviews for Company of Heroes 2: The Western Front Armies yet.