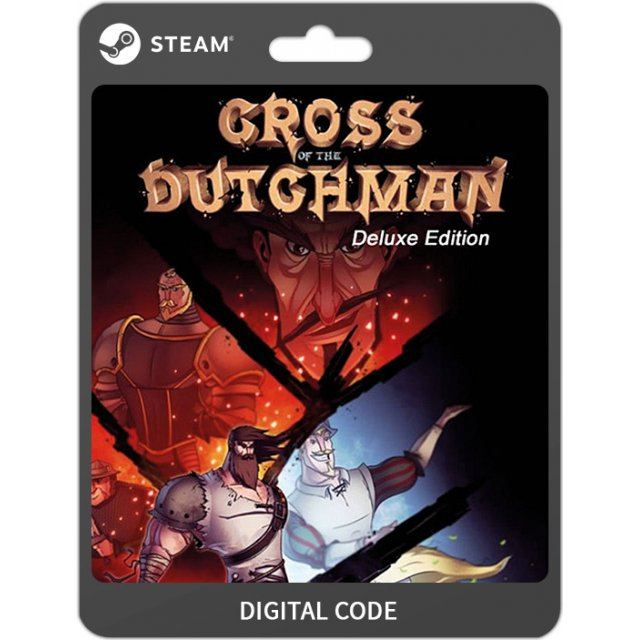 Region Free
This item will deliver instantly in your account. Some orders may be subject to verification by SMS or Voice which may cause delays.
US$8.17
Manufacturer
Triangle Studios
Compatible With Windows™ (PC)
Version

Region Free
Price
US$8.17
Play-Asia.com Return & Refund Policy
Click on a thumbnail to see more pictures for Cross of the Dutchman [Deluxe Edition]

Cross of the Dutchmanis an action adventure game based on the true story of the folk legend 'Pier Gerlofs Donia'.

The story takes place inmedieval Western Europe, in the province of Frisia, near the turn of the 16th century. Though Pier and his family lived in peace, the world around them was changing for the worse. Saxon legions were invading nearby villages, making the lives of the native people next to impossible. On one fateful day, Pier got involved with the Saxon oppressors, escalating the situation for the worse. The events portrayed in this great adventure caused Pier to gather a band of farmers and form a front against the oppressors. The acts that followed made Pier into the legend he is known for, theCross of the Dutchman.

No reviews for Cross of the Dutchman [Deluxe Edition] yet.