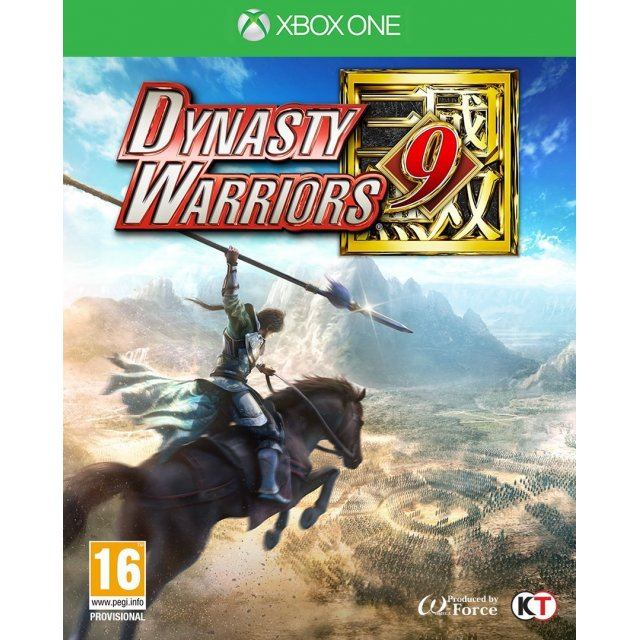 Works on all systems sold worldwide, a correct regional account may be required for online features.
1-2w Expected stock arrival within 1-2 weeks.
US$19.99
Our previous price:US$ 59.99
You save: US$ 40.00( 67% )
Manufacturer
Koei Tecmo Games
Compatible With Xbox One™ (XONE™)
Version

Works on all systems sold worldwide, a correct regional account may be required for online features.
1-2w Expected stock arrival within 1-2 weeks
Price
US$19.99
Our previous price:
US$ 59.99
You save:
US$ 40.00( 67% )
Play-Asia.com Return & Refund Policy

Unifying the classic, time-tested action iconic to the Warriors series with a variety of new features, characters, and content in an expansive open world environment, DYNASTY WARRIORS 9 aims to deliver the most immersive and ambitious DYNASTY WARRIORS experience to date!

DYNASTY WARRIORS 9 introduces exhilarating new combat mechanics to the series’ signature “one versus thousands” style gameplay with the State Combo System. This new system allows players to perform 3 different attack styles – Trigger Attacks, Flow Attacks and Finish Attacks – each dealing progressively more damage. Trigger Attacks allow players to create the start of an explosive combo, leading to Flow Attacks, which adapt to the enemy’s current state. Successful combos allow for a Finish Attack to be performed, delivering a final blow that eradicates any foes caught in its path. These new enhancements aim to create a thrilling and fluid experience unlike any previous entry in the franchise.

Captain Morgane and the Golden Turtle
US$ 8.99

No reviews for Dynasty Warriors 9 yet.