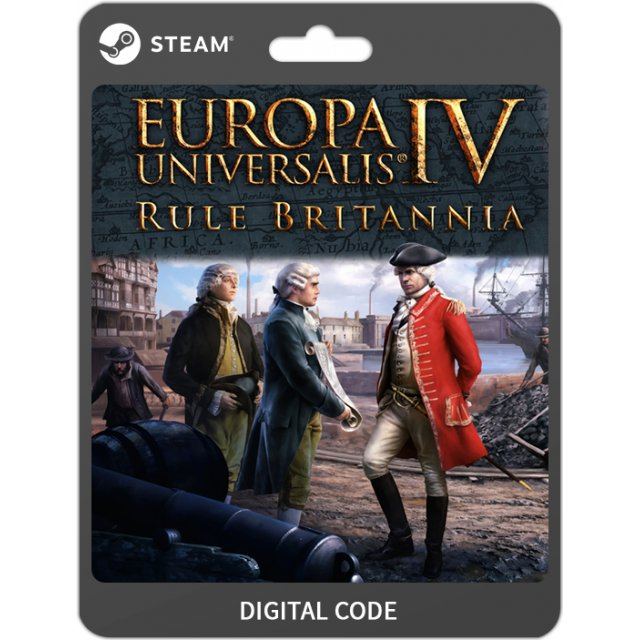 Region Free
This item will deliver instantly in your account. Some orders may be subject to verification by SMS or Voice which may cause delays.
US$4.38
Manufacturer
Paradox Interactive
Price
US$4.38
Play-Asia.com Return & Refund Policy
Click on a thumbnail to see more pictures for Europa Universalis IV - Rule Britannia [DLC]

Weakened by wars on the continent, with a feeble monarch and rapacious nobles, England in the mid-15th century had no inkling of the glories to come. It would be a difficult path, through civil wars, religious upheaval, great fires and awkward unions. But the nation that would become Great Britain would rule a trade empire that spanned the globe, exporting ideals of English freedom - both of thought and trade - while making itself the most powerful nation the world had yet seen.

New Unit Pack: New army designs for British nations, including regional Irish units and revolting nations like Northumberland or Cornwall, as well as new music.
New Music: Our composers have been hard at work writing new songs to quiet the stormy seas of commerce.

No reviews for Europa Universalis IV - Rule Britannia [DLC] yet.