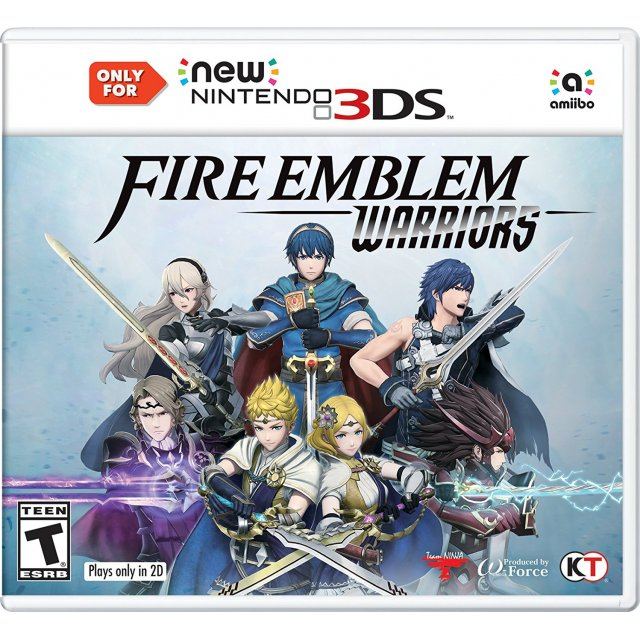 Pillars of Eternity [Complete Edition]
US$ 32.99

[This review is based on another version of this product]
win_xp_user (19) on 16, Aug. 2019 10:22 (HKT)
Figured that no one made a review for 3DS version, here we go
For a New 3DS exclusive, it isn't really bad as we all thought. First of all, it looks good on 3DS screen and frame dipping is rare, if not none as per my experience. Controls is good too but Circle Pad mod with PSP nub should make the experience a lot better.

Your mini map and shortcut to switch character sits on the lower screen, although at times you may struggle between zoomed in and full view to find objectives. Since this is FE as well, expect level up.

Story is ok, but the crossover from Awakening/Fates might be a bit ridiculous but they have to make a selling point. That's my opinion but I left the game with 5 star as it's a good improvements compared to Hyrule Warriors. If you have Switch, you might consider Switch version but overall 3DS version is still ok.
[This review is based on another version of this product]
ghostlyavenger (47) on 11, May. 2019 16:09 (HKT)
great edition
It comes with the game, soundtrack (3 discs) and the character cards that remind of postcards. This game is a lot of fun, enjoy the fire emblem story but this time in real time!!
[This review is based on another version of this product]
1110adrilibra (235) on 17, Feb. 2018 07:03 (HKT)
okay
is okay, not much different from other warriors.
e_pedraza_g (517) on 01, Dec. 2017 10:32 (HKT)
Nice version
Not quite as good looking as the switch version, but still good.
[This review is based on another version of this product]
pamza_luikham (27) on 23, Nov. 2017 00:18 (HKT)
The warrior game works
The game is a Fire Emblem Warrior game which combines both the dynasty warrior gameplay and characters of Fire Emblem and the weapons triangle. The game works and is fun, looks great and the controls are tight.
1 »