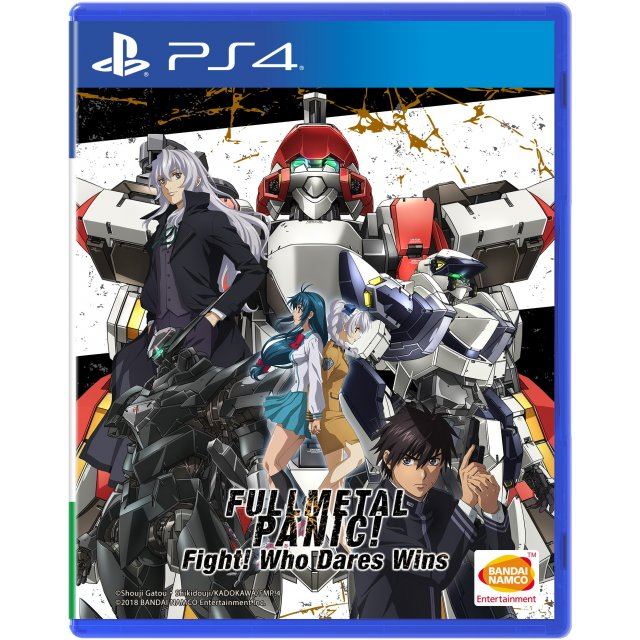 Works on all systems sold worldwide, a correct regional account may be required for online features.
24h In stock, usually ships within 24hrs.
US$49.99
Our previous price:US$ 59.99
You save: US$ 10.00( 17% )
Manufacturer
Bandai Namco Games
Rated By Our Customers
24h In stock, usually ships within 24hrs
Price
US$49.99
Our previous price:
US$ 59.99
You save:
US$ 10.00( 17% )
Play-Asia.com Return & Refund Policy
Trustpilot
Trustpilot
Click on a thumbnail to see more pictures for Full Metal Panic! Fight! Who Dares Wins (English Subs)

If you are familiar with Full Metal Panic! Fight! Who Dares Wins (English Subs), why not let others know?

Other than that the game is fun with different endings and routes to unlock.

Recommended if you are a fan of the franchise and SRPGs.
carlospenajr (95) on 30, Jun. 2018 02:29 (HKT)
Good Strategic game
For those who like turn-based strategy and the series Full Metal Panic, it's a good game, it's follows the final part from the anime (Invisible Victory) with some adjustments
1 »