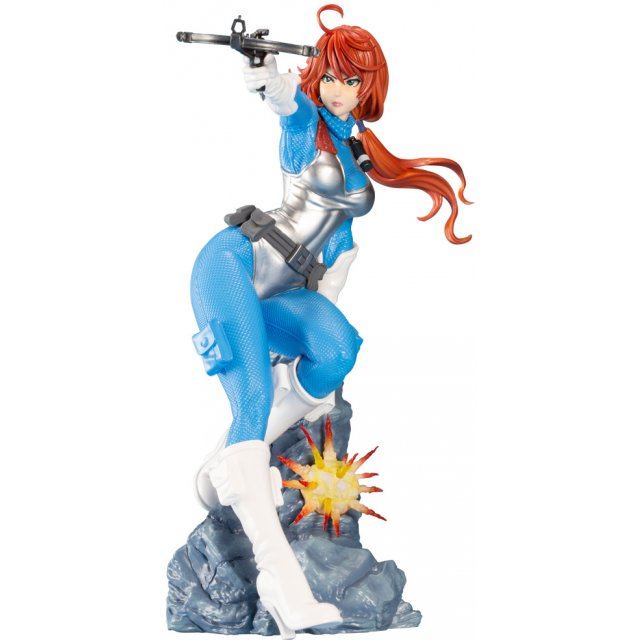 Japan
pre Not yet published or released. Expected to ship: Jul 31, 2020
US$114.99
Please take note that, once purchased, this item must be paid immediately and cannot be cancelled or returned.
Manufacturer
Kotobukiya
Version

Hasbro's world's first action figure series "G.I. JOE" heroes and a variety of characters from the evil corps "Cobra" who plans to conquer the world are reborn in Kotobukiya's BISHOUJO arrangement!

This limited edition is inspired by the OG figure in the flight jacket of the agent "Scarlet" released in 2008, and the bodysuit part silver that shines in a refreshing sky blue suit as the base Dropped as an airborne infiltration mission Ver. Constructed with a white color scheme of gloves and boots arranged to sandwich it.

When displayed alongside the blue baroness of the simultaneous release "Baroness 25th Anniversary Blue Limited Edition", the coloring will be even more prominent.

The prototype is digital sculpting by Mr. Takamitsu Busujima (BUSUJIMAX), who attracts attention with his high modeling power and sense. This is the definitive edition with a beautiful finish.

Please note that there is a possibility of heavy reduction.