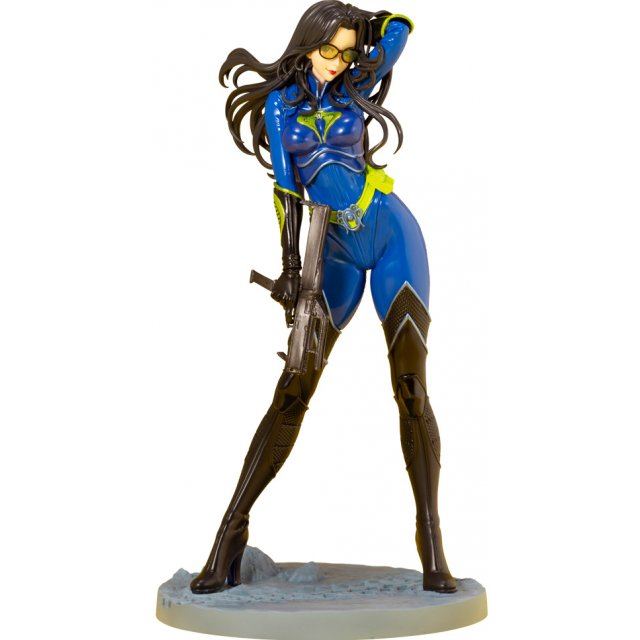 Hasbro's world's first action figure series "G.I. JOE" heroes and a variety of characters from the evil corps "Cobra" who plans to conquer the world are reborn in Kotobukiya's BISHOUJO arrangement!

This limited edition is a suit and neon color lime based on Ultramarine Blue that blends into the darkness, based on the motif of the OG figure in the blue suit of "Baroness" released in 2008 as part of the 25th anniversary of the series in the series Drop as a night mission Ver. Built with a combination of greens.

In addition, it can be displayed side by side as a pedestal of the same world view as the "Scarlet Sky Blue Limited Edition" released at the same time.

The prototype is digital sculpting by Mr. Takamitsu Busujima (BUSUJIMAX), who attracts attention with his high modeling power and sense. This is the definitive edition with a beautiful finish.