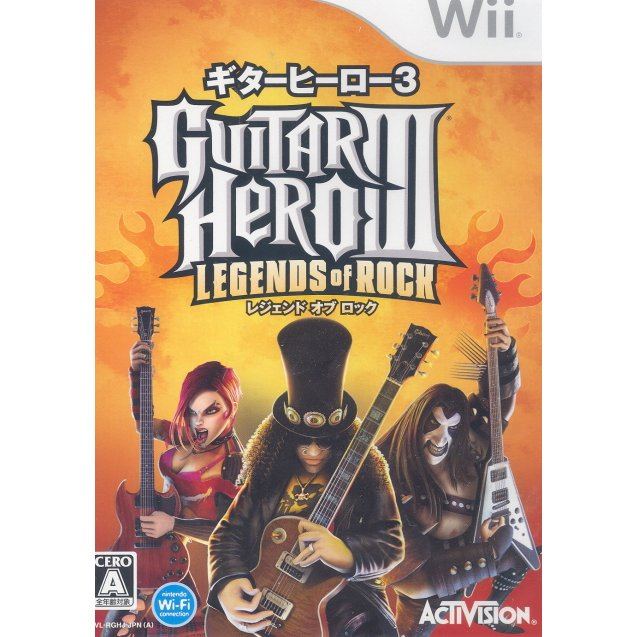 Activision
Compatible with Nintendo™ Wii (Wii™)
For JPN/Asian systems only.

Crank Up the Volume and prepare to rock around the globe with Guitar Hero™ III: Legends of Rock. Battle against some of the greatest legends to ever shred on a guitar and become one yourself! Take your skills online against other Guitar Hero players from around the world.

No reviews for Guitar Hero III: Legends of Rock yet.