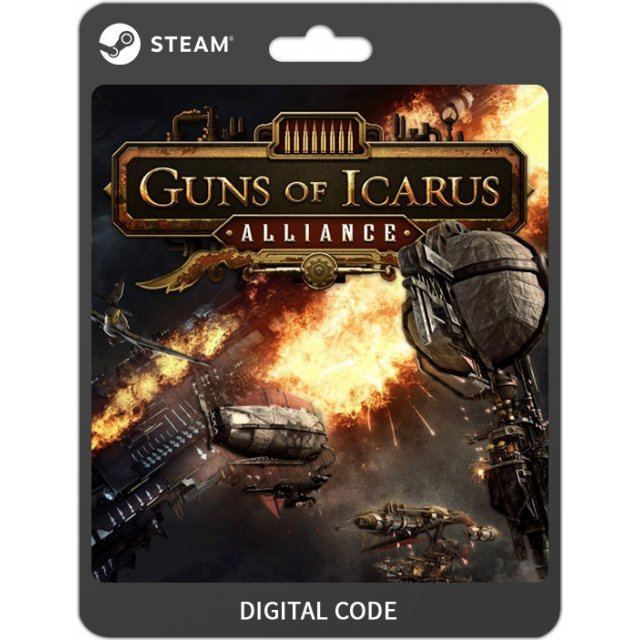 Region Free
This item will deliver instantly in your account. Some orders may be subject to verification by SMS or Voice which may cause delays.
US$1.78
Manufacturer
Muse Games
Price
US$1.78
Play-Asia.com Return & Refund Policy
Click on a thumbnail to see more pictures for Guns of Icarus Alliance

Guns of Icarus Alliance is the expanded and definitive edition of Muse’s flagship title Guns of Icarus Online, the original player-vs-player steampunk airship combat game. Alliance features all of the content from the original title, but with the addition of player-vs-environment cooperative experiences, an ongoing war between six elite factions vying for control of a world ravaged by machines, and an ever-changing world that is constantly being shaped and reshaped by the players. With a good ship and the right crew, you can conquer the skies - and maybe even the world!

No reviews for Guns of Icarus Alliance yet.