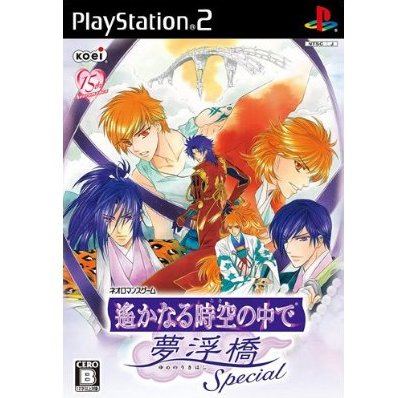 Previously released on the Nintendo DS to celebrate the mother company, Koei's 30th anniversary, Yume no ukihashi is now upgraded and re-released for the television screen on your PlayStation2. Watch the scenarios between the three generations of Hachiyous, marvel at how the same seiyuus could bring out the difference in the characters and see how the 24 retainers chat with and tease each other in this cross generation party.

The PlayStation2 version comes with more fully voiced scenes, from the small ones such as assisting you to cross the dream bridge and exchanges with each other occasionally. Get to know more about the two divine guards as they get more plot scenarios.

Meet all your 24 retainers as well as other important figures in Harukanaru Toki no Naka de history in this classical romantic adventure.

No reviews for Harukanaru Toki no Naka de Yumenoukihashi Special yet.