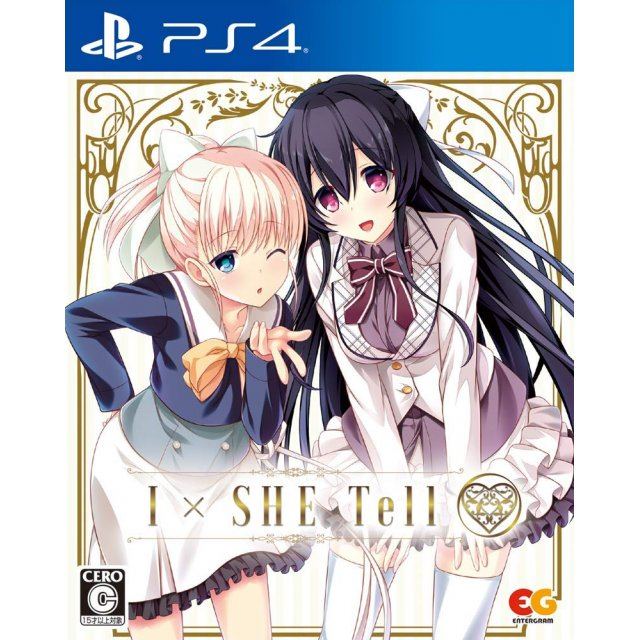 I x SHE Tell

Works on all systems sold worldwide, a correct regional account may be required for online features.
24h In stock, usually ships within 24hrs.
US$55.99
Manufacturer
Entergram
Compatible With PlayStation 4™ (PS4™)
Version

Works on all systems sold worldwide, a correct regional account may be required for online features.
24h In stock, usually ships within 24hrs
Price
US$55.99
Play-Asia.com Return & Refund Policy
Trustpilot
Trustpilot
Click on a thumbnail to see more pictures for I x SHE Tell

Hajime is the school students' representative and the student council president thanks to whom the rule banning romantic relationships in school was lifted. Although now he's a hero who gave allowed everyone freedom of love, he himself now has no time to enjoy it himself! If any problem arises, the whole success will be for naught and the rule might be brought back...

At such time, he is confessed to by Kasumi, a transfer student who is also his childhood friend. Furthermore, on the next days, he was confessed to by the sister school's charismatic student council president Yui and by the school idol who won miss contest twice in a row - Ayaka!

However, one of the few students who are against romance - the "anti-romance faction leader" and the vice president of the student council Yoshino has declared "Come on, let's enter a relationship and cause problems and bring back the ban on romance!".

Hajime was happy to be loved by so many people, but decided that first he should get to know everyone better.

As if waiting for him to say it, his other childhood friend Shiori, a perfect yamato nadeshiko has confessed to him while saying she knows him best of all.

Right after the ban on love has been lifted, the protagonist finds himself incredibly popular with several girls approaching him aggressively and from all directions. His love story begins abruptly...

No reviews for I x SHE Tell yet.