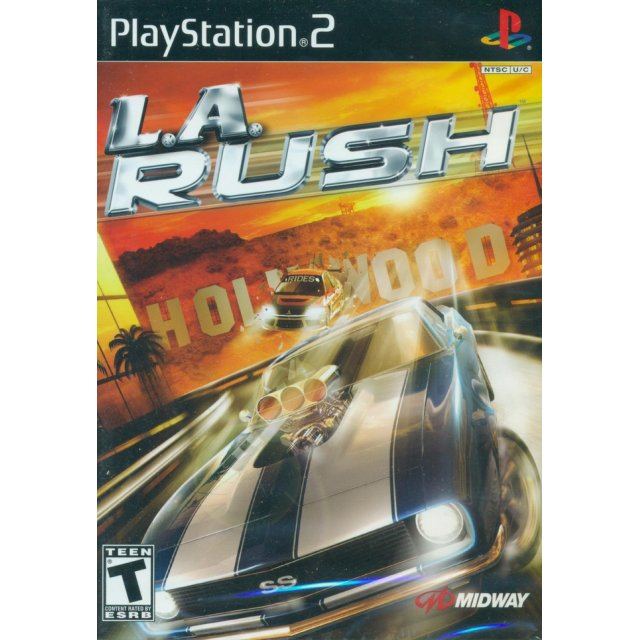 NTSC
1-2w Expected stock arrival within 1-2 weeks
Price
US$15.99
Lunar New Year SaleLimited time offer - Secure yours now before the offer expires!
Our previous price:
US$ 24.90
You save:
US$ 8.91( 36% )
Play-Asia.com Return & Refund Policy
Trustpilot
Trustpilot
Click on a thumbnail to see more pictures for L.A. Rush

L.A. Rush, a reinvention of the classic Midway Rush franchise, is an innovative racing videogame based on the sport of competitive street racing and the fanatical, ruthless lifestyles of those involved.

Based on entirely new technology that recreates a living, breathing go anywhere Los Angeles with highly destructible environments, players will be able to explore Los Angeles by day or by night from Compton, to LAX, Hollywood, Beverly Hills, and the beaches of Santa Monica.

No reviews for L.A. Rush yet.