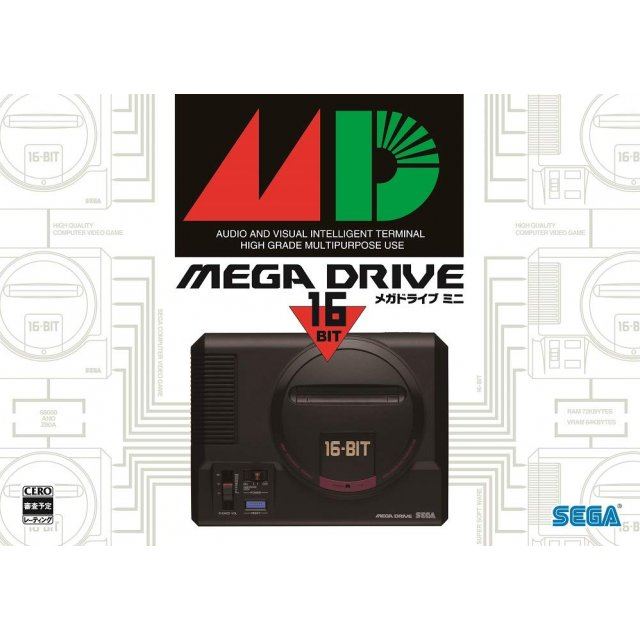 Collections
Sega
Rated
By Our Customers

If you are familiar with Mega Drive Mini, why not let others know?

[This review is based on another version of this product]
AndyRetroGamer (30) on 21, Mar. 2020 12:40 (HKT)
Back to my childhood with Sega
Sega has done a great job with this mini console. It really is jam packed with an excellent sections with the Streets of rage games being the stand outs for me.
[This review is based on another version of this product]
macastro1964 (1) on 19, Mar. 2020 09:40 (HKT)
Looks beautiful
Nicely packaged, no damage.
A wonderful addition to a game collection
[This review is based on another version of this product]
Hellbilly (1) on 21, Dec. 2019 15:48 (HKT)
Sega does what Nintendid - and beyond
Where to start? First, kudos for keeping the scale similar to the Nintendo and Sony consoles beforehand, that means it fits in beautifully with the rest of the collection that many folks like me like to collect. I wish Konami followed suit with their Turbografx-16, which is shockingly massive in size for a mini, but I digress. The selection of games is outstanding, the many customization options are great and I actually like that they included the 3-button controller, as they licensed Retro-bit to make the 6-button, which I bought immediately, so it's great to now have both. And the mini tower, wow, that's just Sega going above and beyond - I just hope that they eventually release the NA version with the Sega CD logo that they sent to big YouTubers to the general public, if not, I'll settle for the Mega CD, which looks fantastic... but a Sega CD one would fit our Genesis version perfectly. In short, thanks to the wise choice to dump AT Games and go with reputable M2, this mini console is all around a labor of love to Sega fans and beyond, as I grew up with Nintendo consoles after the 2600 had come and gone, but can truly appreciate a console that otherwise I just played at a friend's house here and there back in the day.

That was the slogan that propelled Sega to the lead of the 16-bit console war, and the Mega Drive/Genesis was the weapon that they used. And now a new generation can experience the magic of the greatest video game age. The only complaint is that they only give the 3 button controller and you need to buy the 6 button controller separately.
[This review is based on another version of this product]
AndyRetroGamer (30) on 02, Nov. 2019 08:31 (HKT)
Nintendo is Gold!
Never heard of the games on this mini edition but having seen video and how the gold consoles looks, it was an essential purchase. Very happy I did.
1 »