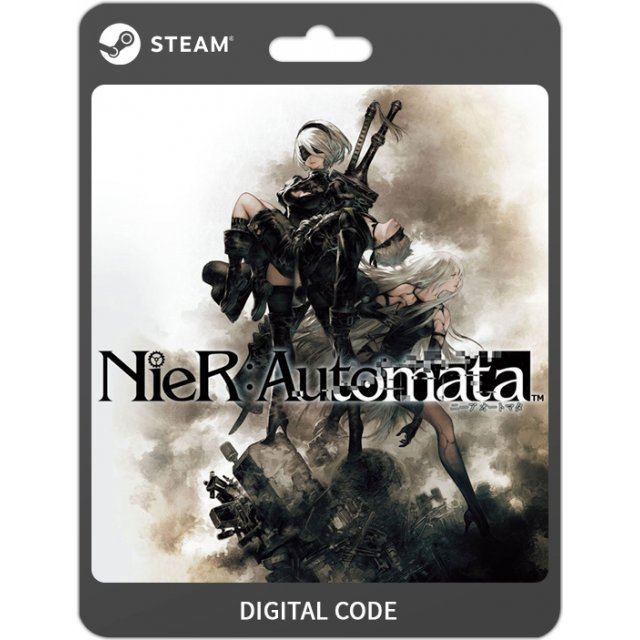 Region Free
This item will deliver instantly in your account. Some orders may be subject to verification by SMS or Voice which may cause delays.
US$16.97
Manufacturer
Square Enix
Price
US$16.97
Play-Asia.com Return & Refund Policy
Click on a thumbnail to see more pictures for Nier: Automata

Invaders from another world attack without warning, unleashing their secret weapon: the machines. In the face of this insurmountable threat, the human race is driven from the earth and takes refuge on the moon.

The humans develop an army of android soldiers to fight back against the mechanical horde, but succeed only in slowing its advance. To break the deadlock, a new breed of android infantry is sent into the fray: the YoRHa squad.

In the forsaken wasteland below, the war between the machines and the androids rages on. A war that is soon to unveil the long-forgotten truth of this world…

NieR: Automata is a new third-person action RPG follow-up to the 2010 cult hit, NieR. Offering a fresh blend of action and RPG gameplay styles, NieR: Automata is currently being developed in collaboration with PlatinumGames, the studio known for its groundbreaking advancements in the action genre.

The game’s all-star development team is helmed by producer Yosuke Saito, known for his work on DRAGON QUEST X and NieR. The previous game’s director, YOKO TARO returns for the new project as well as composer Keiichi Okabe, whose award-winning score to the original became one of the greatest accomplishments in gaming music.

Fallout 4: Game of the Year Edition STEAMdigital
US$ 11.12

No reviews for Nier: Automata yet.