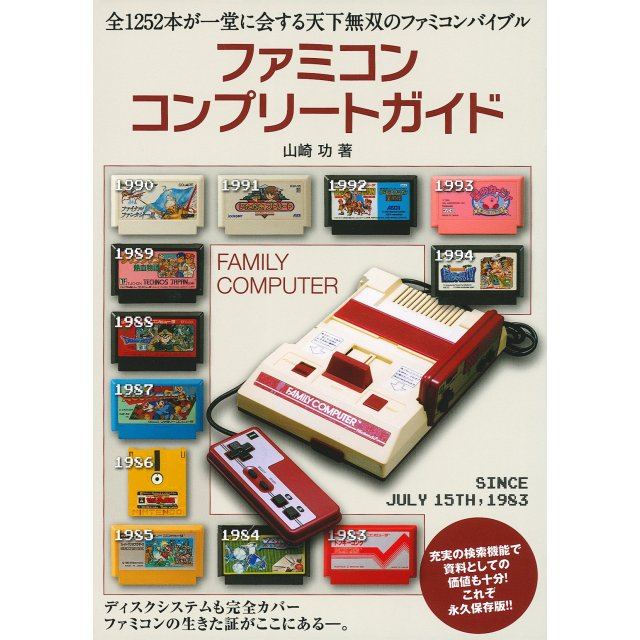 All color colorfully delivered with a super-oversized volume of 320 pages, the strongest complete guide that all NES fans waited for was born!

On July 15, 1983, a great game machine was born, which greatly changed the history of computer games.

While affordable, Family Computer, commonly known as Famicom, which had enough performance to play the popular game at the game center as it is at home, succeeded to revive the home game machine market which had been sluggish since the Atari shock.

The emergence of Nintendo is not an exaggeration to say that it is a historical event with such impact as to transform the play culture itself.

When the "Super Mario Bros." was released in 1985, NES Nintendo has made its name globe all over the world, after that, for many years Japan will play a leading role in the computer game industry.

In this book, all software of such NES is posted with a cartridge and package photos. In addition to the disk system, it also covers peripheral equipment.

One ultimate book that is suitable for the name of the Complete Guide is finally completed here!

*​The total number of pages, product dimensions may differ from actual.

No reviews for Nintendo Famicom Complete Games Guide yet.