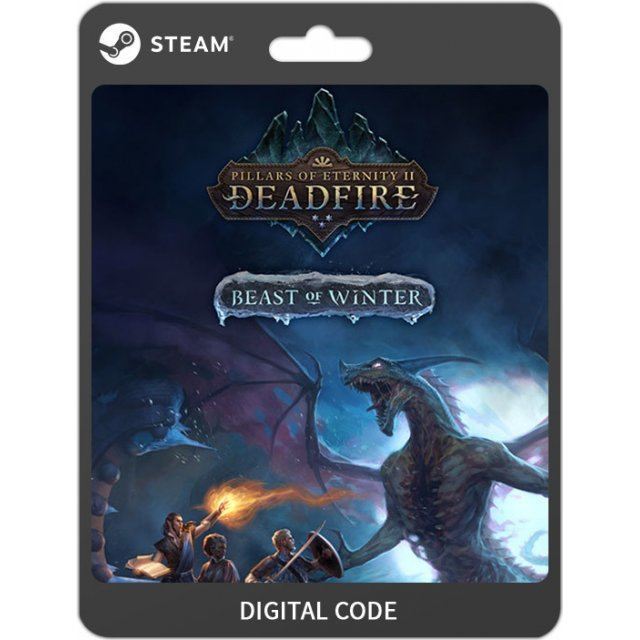 Region Free
This item will deliver instantly in your account. Some orders may be subject to verification by SMS or Voice which may cause delays.
US$7.04
Manufacturer
Obsidian Entertainment
Price
US$7.04
Play-Asia.com Return & Refund Policy
Click on a thumbnail to see more pictures for Pillars of Eternity II: Deadfire - Beast of Winter (DLC)

Far in the southernmost reaches of the Deadfire Archipelago, frost and death have encroached upon the land of the living. You, Watcher, have received a missive from the isle's residents: worshipers of Rymrgand, the god of entropy and disaster. They call you Duskspeaker, a harbinger of the end, and pray you to fulfill your destiny.

In this new DLC for Pillars of Eternity II: Deadfire:
- Embark upon an adventure that will take you to Hel itself.
- Join forces with Vatnir, an Endings Godlike, and Priest of Rymrgand, to bring the battle to the monstrosities
that roam the Beyond.
- Confront an ancient dragon, whom even the gods fear, before she brings Eora to an icy end.

NOTE: This content requires base game Pillars of Eternity II: Deadfire in order to play.

No reviews for Pillars of Eternity II: Deadfire - Beast of Winter (DLC) yet.