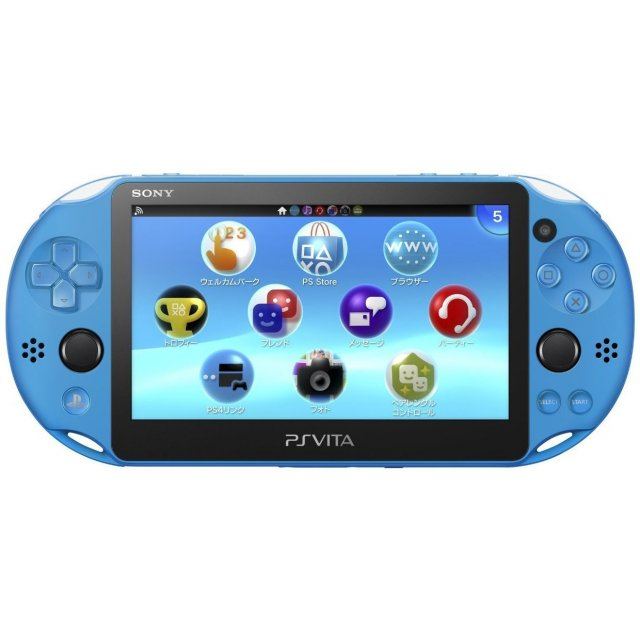 If you are familiar with PS Vita PlayStation Vita New Slim Model - PCH-2000 (Aqua Blue), why not let others know?

captenmidnite13 (1) on 14, Apr. 2019 11:15 (HKT)
Great
I already had the first ps vita model but I really wanted to have this blue version but it's a bit of a downgrade because of the LCD screen but it's still an awesome handheld to own. I like it. And oh thanks Play Asia for fast shipping 😁🤑👍
siggb (4) on 31, Mar. 2019 11:33 (HKT)
PS Vita - Aqua Blue
Hey, I am the owner of a new PS Vita. And you know what? Blue Aqua edition looks stunning and gorgeous. And based on my experience the new Vita a bit faster than the older one which I had to borrow from my friend.
Thank PlayAsia for making this possible in 2019. The parcel arrived on the 4th day after the order was paid.
Big-G (1) on 13, Feb. 2019 20:56 (HKT)
Vita going strong
At one point i did give up on the PSP and Vita and i did sell my 1st Gen Vita but I had to get back in to Vita after I saw some amazing games that are on there.

The Aqua-Blue colour is so beautiful to the point i did not even want to take it out of the box.

I have used it for about 10 minute and I refuse to play any more until I get a case for the Vita.
iustin (1) on 03, Feb. 2019 02:21 (HKT)
Surprisingly good portable, even in 2019
Bought this as a way to pass time on commute, but I was suprised that some games are good enough to keep me playing even at home sometimes.

Oh Sony, what an opportunity you blew…
SPERAHx (1) on 23, Jan. 2019 07:46 (HKT)
Underrated game console, fast delivery, What is there not to like?
Ordered one of these bad boys from this site and the console came in just 5 days after ordering. Came with firmware 3.68 (god bless) and now I keep it on me at all times.
Thanks Play-Asia for being in stock and shipping it to Canada from Hong Kong in less than a week
1 »