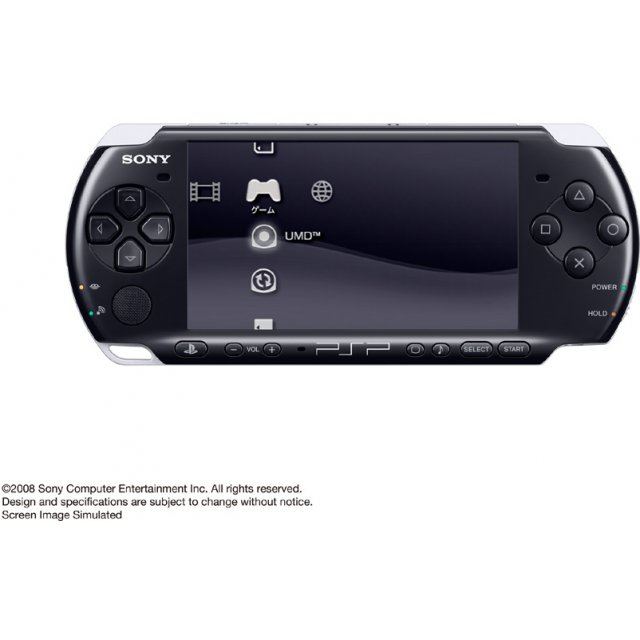 If you are familiar with PSP PlayStation Portable Slim & Lite - Piano Black (PSP-3000PB), why not let others know?

andrewseul (1) on 14, Mar. 2013 08:23 (HKT)
Good PSP
I recommend it if you want original PSP from Japan.
I'm playing with it atm many games and looks very nice.
5 stars for me :)
ScurWee (6) on 25, Jul. 2010 09:39 (HKT)
The Most Awesome PSP .. yet .
Playasia has a great service on shipping stuff although the psp price is kind of more expensive . But it's worth to buy and it arrived here only in 2 days . I'm very excited when I've received it . The awesome colours just make you want to hold it longer and touches it . Once again thanks play-asia you've been great to us . Looking forward to buy more products from you guys .
dazfernandez (69) on 26, Apr. 2010 11:29 (HKT)
Brilliant
I've owned a PSP 1000 previously, but decided to get a PSP 3000 recently & I'm glad I did. The first & most important issue for me was the weight, and with the PSP 3000 it is so light compared to the PSP 1000, I couldn't believe how they took the weight off from the exact same size of a console. The screen is also much better now, I rarely see myself while playing games. Now with the PSP 3000, I want to play more games with it, not to mention watching umd movies or even listening to music.
timeiron (4) on 31, Mar. 2010 02:31 (HKT)
not as nice as the original
the 2000 and 3000 both feel very cheap even though there light weight they took out some of the great things about the original psp like the UMD loader before it had a switch u move then it opened these ones you just pull open. even though the old ones are heavier they are built better and were definitely worth the $300 it used to cost. they skipped out on the quality because they needed to lower costs to compete with the DS. when instead they should have been making better games. all in all its ok but not as good as the original.
jamy_pomy (2) on 02, Mar. 2010 13:47 (HKT)
Buy it with some good games!
PSP is a handheld that gives you PS2-level games. I would recommend buy it with some good games such as Kingdom Hearts Birth by Sleep, God of War Chain of Olympus, Patapon 2, SD gundam Generation Wars, Super robot MX, Dissidia Final Fantasy, Final Fantasy Tactics, and Final Fantasy VII Crisis Core and a lot more!