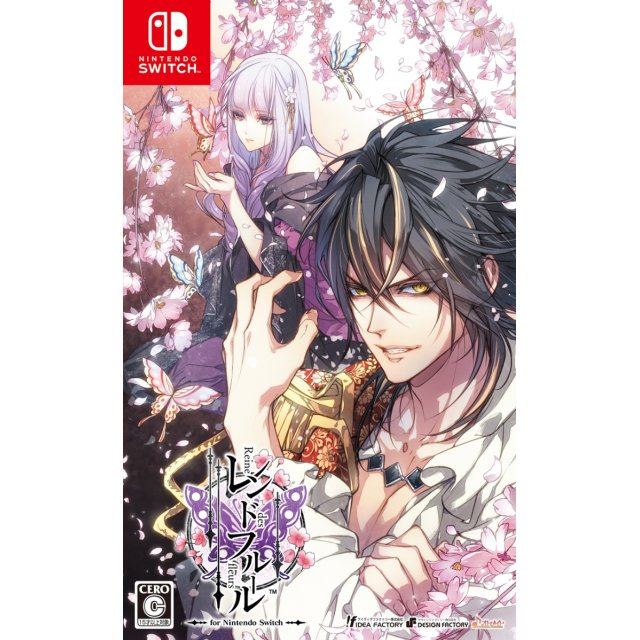 Works on all systems sold worldwide, a correct regional account may be required for online features.
24h In stock, usually ships within 24hrs.
US$59.99
Manufacturer
Idea Factory
Compatible With Nintendo™ Switch (SW)
Version

Works on all systems sold worldwide, a correct regional account may be required for online features.
24h In stock, usually ships within 24hrs
Price
US$59.99
Play-Asia.com Return & Refund Policy
Trustpilot
Trustpilot
Click on a thumbnail to see more pictures for Reine des Fleurs for Nintendo Switch

In the past, there was a goddess who extended a helping hand to a world that was about to perish.

That goddess, along with the four knights who served her, healed the ruined land using "Grace", a power that rejuvenates worn down life forces and saved the world.

Ever since then, because the goddess' consciousness went into a slumber, she was to be succeeded by someone who will become a representation of her divine spirit, known as a "Reine", and four human knights that were chosen by the world. As the world continued to enjoy the goddess' favor, it continued to develop and advance.

However, at a certain point, even after coming into the world for generations, a Reine was not born. As a result, the supplies of Grace stagnated, and the world was once again threatened to be consumed by darkness.

But finally, the Reine of the next era, "Violette" was born. Adhering to the customs, she selected four men to become the queen's knights. However, the hearts of those men rejected to bond with the Reine, due to Reine's long absence.

In order to supply the world with Grace, the co-operation of the knights is essential.

To obtain the trust and loyalty of the knights, Violette begins to take action...

Beastmaster and Princes: Flower & Snow for Nintendo Switch
US$ 83.99

If you are familiar with Reine des Fleurs for Nintendo Switch, why not let others know?