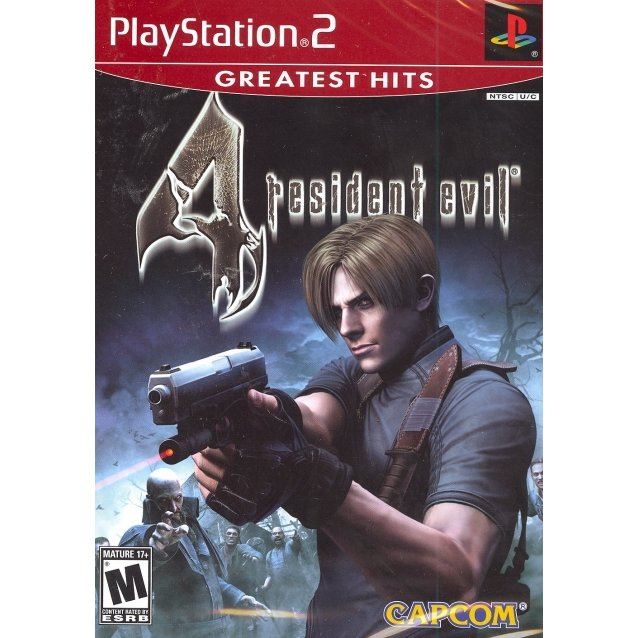 Capcom
Rated
By Our Customers
Compatible with PlayStation 2™ (PS2™)
For US/Canada systems.

Resident Evil 4 marks a terrifying new chapter in the world renowned BioHazard series. Players rejoin Leon S. Kennedy, six years after his first mission as a rookie cop from Resident Evil 2. Now as a U.S. agent, Leon is on a top-secret mission to investigate the disappearance of the President's daughter and has made his way to a mysterious location in Europe. As Leon encounters unimaginable horrors, he mustfind out who or what is behind everything.

If you are familiar with Resident Evil 4 (Greatest Hits), why not let others know?

Love this game so much I have almost all iteration for every console ever released. Though this PS2 is visually inferior that its Gamecube counterpart (not to mention the Wii version which --for now-- is the best one), but it's still absolutely worth to play.

Waiting for its next re-release in RE Revival Selection.

PS. Just noticed that my items arrived only about a week after being shipped while usually it took 2-3 weeks. Nice
1 »