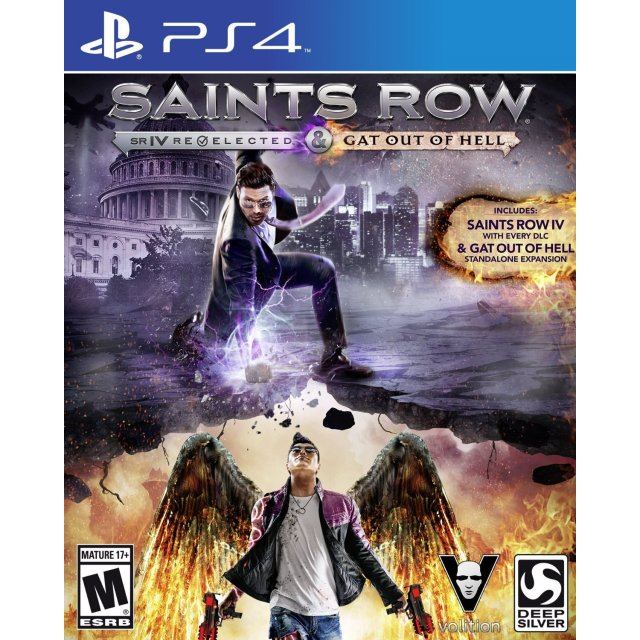 sold Out of print / Out of stock.
Manufacturer
Deep Silver
Compatible With PlayStation 4™ (PS4™)
Version


Click on a thumbnail to see more pictures for Saints Row IV: Re-Elected + Gat Out of Hell

Uncharted: The Nathan Drake Collection
US$ 19.99

If you are familiar with Saints Row IV: Re-Elected + Gat Out of Hell, why not let others know?

[This review is based on another version of this product]
Imation (457) on 23, Jul. 2016 09:01 (HKT)
Extravagante
Yes, a crazy game with a crazy content included
[This review is based on another version of this product]
awjw (1) on 16, Aug. 2015 09:47 (HKT)
my review
Much better than the wub-wub Australian version that used to own. Got a lot more achievements in the fully uncut and uncensored US version than the trimmed down AUS version. Thank you so much guys
Kamiron (38) on 02, Mar. 2015 18:56 (HKT)
Unfinished, but ludicrously fun!
Unfortunately, painfully glitchy and not a noticeable graphical step up from last gen, but still ludicrously fun! The included DLC is an amazing addition, well worth playing.
Definitely worth a purchase for its seemingly boundless hilarity, but in dire need of some glitch patching.