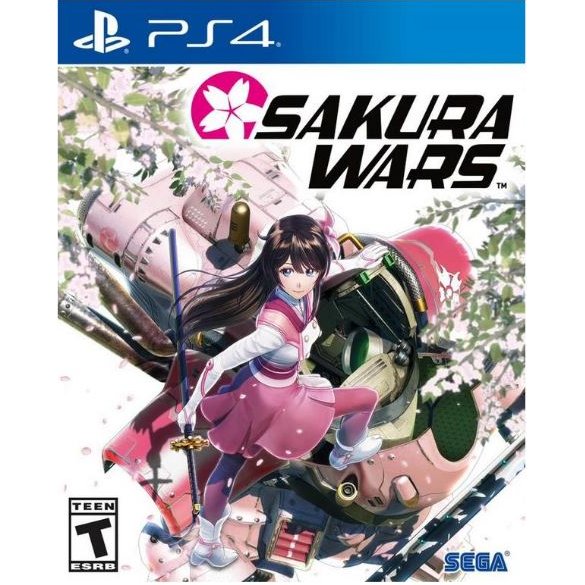 Works on all systems sold worldwide, a correct regional account may be required for online features.
24h In stock, usually ships within 24hrs. (Only 2 left in stock.)
US$66.99
Limited time offer - Secure yours now before the offer expires!

Sega
Rated By Our Customers
24h In stock, usually ships within 24hrs
(Only 2 left in stock.)
Price
US$66.99
Play-Asia.com Return & Refund Policy

Click on a thumbnail to see more pictures for Sakura Wars

The Imperial Combat Revue takes the stage as Tokyo’s defense force against a demon threat in this extravagant adventure. Soldiers in wartime, but theater performers in peacetime, the Revue’s Flower Division is not living up to their legacy and is at risk of being shut down. As newly appointed captain Seijuro Kamiyama, it’s up to you to turn the team around.

The stage is set in a steampunk version of 1940s Imperial Tokyo. Only a short while ago, a cataclysmic event destroyed the Imperial Combat Revue of Tokyo, the capital’s global defense force stationed at the Imperial Theater. Now home to the Flower Division, an inept rookie squad who also strives to impart hope on the citizenry with their theatrical talents, the theater has fallen on hard times and risks closure. It’s up to Seijuro Kamiyama as the captain of the new Tokyo revue to lead his squad and restore the Imperial Combat Revue and the theater back to their former glory! With the help of the revue's five colorful performers, he must rise to the challenge of competing in the Combat Revue World Games, protecting the inhabitants of Tokyo and getting the theater back on track.

Blade Arcus Rebellion from Shining
US$ 49.99

If you are familiar with Sakura Wars, why not let others know?

And the order was delivered quickly! So thanks for that!
enzof550 (2) on 12, Jun. 2020 00:52 (HKT)
Excellent game!
what can i say, Excellent game! really enjoyable and this will be rare later on
edela010 (1) on 11, Jun. 2020 21:38 (HKT)
new sakura wars for new generations
this game is very good but not for everyone.
The game uses many genre that japanese people like it
[This review is based on another version of this product]
makankluay (1) on 04, Jan. 2020 12:44 (HKT)
Game have change about style and game play but same filling.
I love Sakura Taisan and be Sakura Tasen Collector. But this Shin Sakura Taisen have not same game play and function. Like come back to your home land but it change very much. Only thing that same as series is filling. Love & Love power. This is core of sakura and I love it.