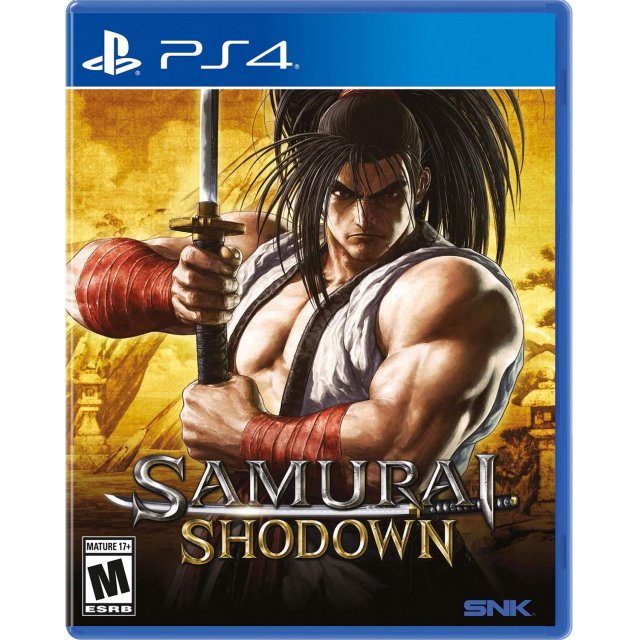 sold Out of print / Out of stock.
CI Games
Compatible With PlayStation 4™ (PS4™)
Version


Click on a thumbnail to see more pictures for Samurai Shodown

If you are familiar with Samurai Shodown, why not let others know?

thawepong (124) on 03, Apr. 2020 11:52 (HKT)
Great Samurai Showdown game
It's very similar to Street Fighter V with swords & weapons style. Thanks to PA
joseargao (25) on 06, Aug. 2019 01:59 (HKT)
Puts the
Samurai Shodown takes the emphasis of gameplay away from difficult combos and tricky setups, and back into traditional spacing, footsies and fundamentals. It's possible to get into this game in minutes yet mastering it will take ages. Highly recommended to beginners and veterans of fighting games alike!