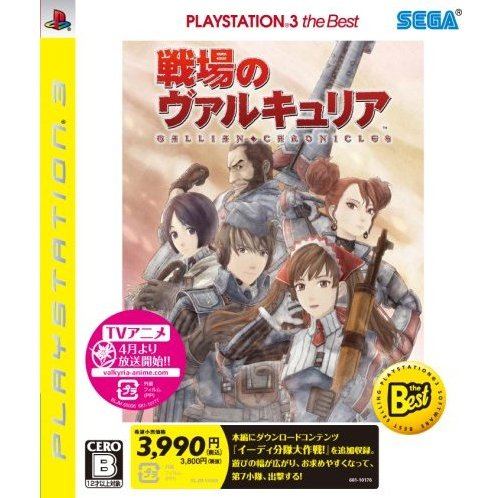 Senjou no Valkyria (PlayStation3 the Best)

If you are familiar with Senjou no Valkyria (PlayStation3 the Best), why not let others know?

klee123 (3) on 21, Oct. 2009 08:38 (HKT)
Great price, awesome looking cover with free DLC to boot!
The title says it all. It's the same game fans know and love, but it's cheaper, has an awesome looking cover and the Edy dlc is included. Recommended for hardcore Valkyria fans.
SK (101) on 07, Sep. 2009 20:44 (HKT)
No title
Everything about this game is top-notch, from the soundtrack, to the gameplay, to the cast of very likable characters. The graphics are also charming in that they resemble a water-colour painting that has been brought to life. If you like RPGs (especially tactical ones), you simply cannot miss this title. This is one of the most enjoyable games I've ever played on any system.
lamyunholic (2) on 10, Mar. 2009 11:36 (HKT)
Epic game
One of the few games that make PS3 worth buying.
Must. Buy. Period.