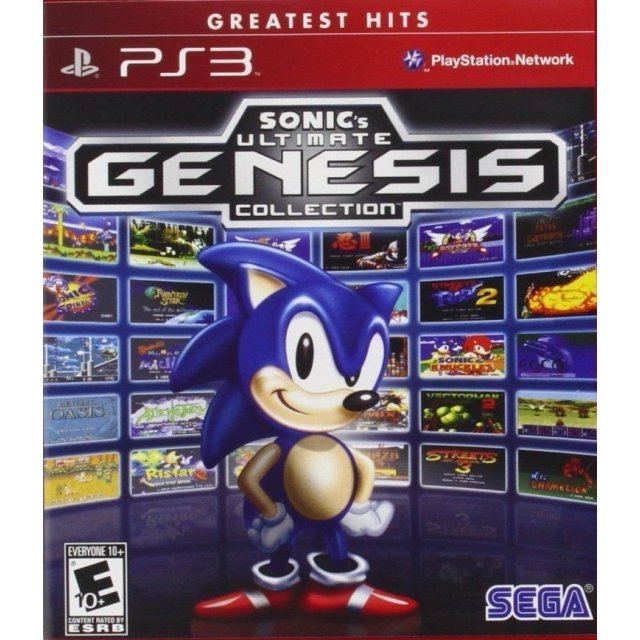 Take a trip back in time with over 40 titles from the SEGA Genesis™ era, including your Sonic The Hedgehog favorites! In classic single-player and multiplayer battles, you’ll take down a huge variety of enemies, including Sonic’s nemesis Dr. Eggman (AKA Dr. Robotnik), shuriken-flinging ninjas, hordes of altered beasts and the world’s greatest fighting champions.

If you are familiar with Sonic's Ultimate Genesis Collection (Greatest Hits), why not let others know?

Xerpent (189) on 25, Jan. 2018 08:52 (HKT)
Playing retro in HD screen
Feels nostalic but also awkward at the same time
kouenhasuki (28) on 18, Dec. 2016 18:48 (HKT)
A Solid Collection!
A Very solid collection of not only Genesis games but some arcade games too that you can unlock in the game itself! Sound is as far as I can tell emulated correctly and the upscale looks solid.

I would have given it five stars... but.... for some reason Sonic 3 and Sonic & Knuckles are part of the collection but Sonic 3 & Knuckles isn't which confuses me as that is the best way to play those games.
edward_benatti (22) on 14, Aug. 2014 10:38 (HKT)
Unmatched price-value.
A respectable stash of Genesis nuggets for the measly price of U$ 25.00.