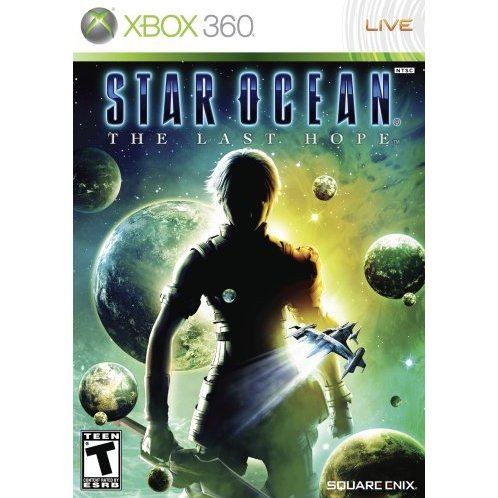 Manufacturer
Square Enix
Rated By Our Customers
24h In stock, usually ships within 24hrs
(Only 1 left in stock.)
Price
US$29.99
Our previous price:
US$ 31.99
You save:
US$ 2.00( 6% )
Play-Asia.com Return & Refund Policy
Trustpilot
Trustpilot
Click on a thumbnail to see more pictures for Star Ocean: The Last Hope

If you are familiar with Star Ocean: The Last Hope, why not let others know?

The best thing about this game is that it is not voiced by some geek off the street, unlike some RPGs delivered by another game company.

Buy the game and when it is delivered
repeat after me....SHOCKMASTER!
[This review is based on another version of this product]
frik.online (88) on 26, Aug. 2010 23:12 (HKT)
Star Ocean - The Last Hope: Pros and Cons
Pros:
- Fun and strategic combat system.
- Powerful crafting system.
- Environment is huge and beautifully modelled.
- Replayability value even after completion.