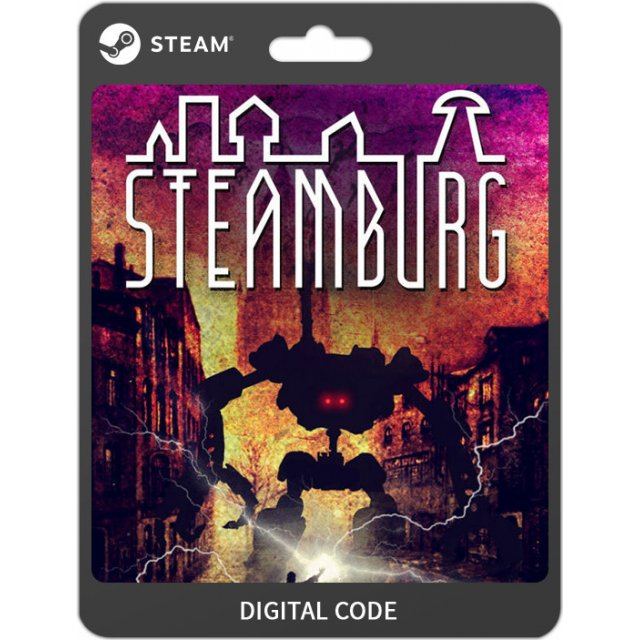 Region Free
This item will deliver instantly in your account. Some orders may be subject to verification by SMS or Voice which may cause delays.
US$1.78
Manufacturer
Microids
Price
US$1.78
Play-Asia.com Return & Refund Policy
Click on a thumbnail to see more pictures for Steamburg

Steamburg is an award-winning puzzle adventure game with story exploration elements and unique gameplay. The game is made by Telehorse, a steampunk games company. It was awarded the Best Upcoming Game at IMGA in San Francisco in March 2017.

The main character, professor Vincent Cornelius Moore, fights robots that invaded the city of Steamburg. The gameplay is unique – Vincent is unarmed, so he must choose his moves wisely. He can only throw small electro-bombs which lure the robots and halt their progress for a while. Vincent has to walk through the streets in such a way that the robot chasing him hits upon a Tesla coil and is destroyed. It seems quite easy in the first levels. Then you have to fight several robots at the same time, the robots become faster and faster, some of them can fly and other respond to Vincent’s every move.

No reviews for Steamburg yet.