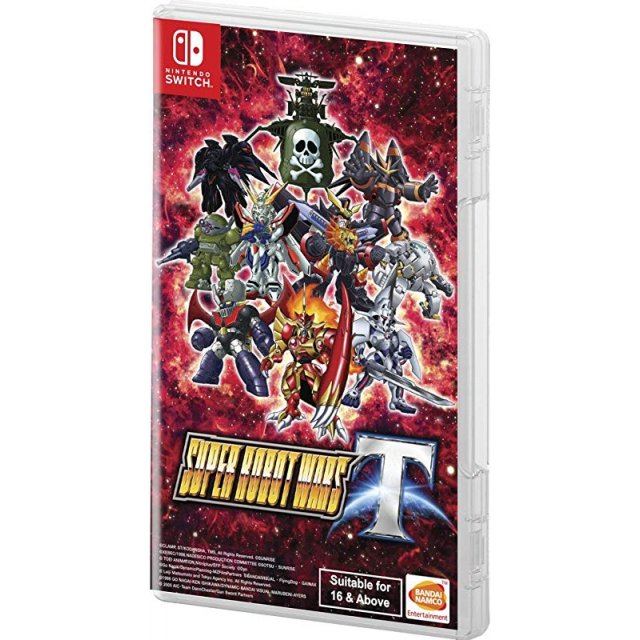 If you are familiar with Super Robot Wars T (Multi-Language)[English Cover], why not let others know?

thedemonpants (1) on 17, Mar. 2020 08:24 (HKT)
Phenomenal Game!
Expected this to take months to get, but it arrived in two weeks! I'm absolutely loving the game! The English translation is very well done, most people wouldn't even know that it came from China. The game is a little too easy, even on hard, but I'm still having a ton of fun and I would recommend this to anyone who likes the series in this game!
kunaru52 (1) on 08, Mar. 2020 11:11 (HKT)
I finally have it
I loved this game very much and thanks to Playasia I could get it in physical format, the game is entertaining, it brings my favorite characters, a purchase that I do not regret.
kristall.exe (1) on 27, Dec. 2019 13:38 (HKT)
Super Robot T(errific)
It works flawlessly with a crisp resolution even when played portable. Its multiply difficulties make it perfect for both neophytes and veterans of the series (although some SR points requirements are a bit tricky, especially when compared to other games of the series). Probably the best of the three main entries being released in English so far (V being a close second)... also, it has Gaogaigar and Rayearth, which is ten extra points for me, because I love those two shows!
kromaticatrocity (1) on 17, Jul. 2019 07:35 (HKT)
Good for newcomers
The story does well to integrate all the different series into a narrative that doesn't require much, or any, knowledge of the originals. However, your enjoyment of certain character moments and interactions increases proportionately based on your knowledge of each series. But, if you are lost, there is a library that explains keywords and phrases as well as characters.
You don't need to play any of the previous entries to understand what is going on as almost every title is standalone.
I enjoy tactics games on-the-go, but I was a little hesitant to drop $70+ on the Switch version, in the end I bought it and I don't regret it.
sano75_1 (3) on 17, Jul. 2019 01:12 (HKT)
Love this game!
Personally my favorite of the three Super Robot Wars games, V, X and T that we got to play in English, X is my favorite. Solely because it has my favorite roster. Since I played X on the Vita I was able to game on the go and finished it faster than V. But with T on the Switch I can game on the go so it's the same deal! What's cool about this one is you meet the cast of Cowboy Bebop and Mobile Fighter G SUPER EARLY as opposed to V where you have to finish almost half of the game to meet Evangelion characters yikes! Up to Chapter 6 so I hope I don't have to wait a long time to control my favorite anime character Char Aznable, AGAIN! ROFL he's probably the most popular character in the game so I'm sure they'll make you wait ha ha! Love the game and this series!
1 »