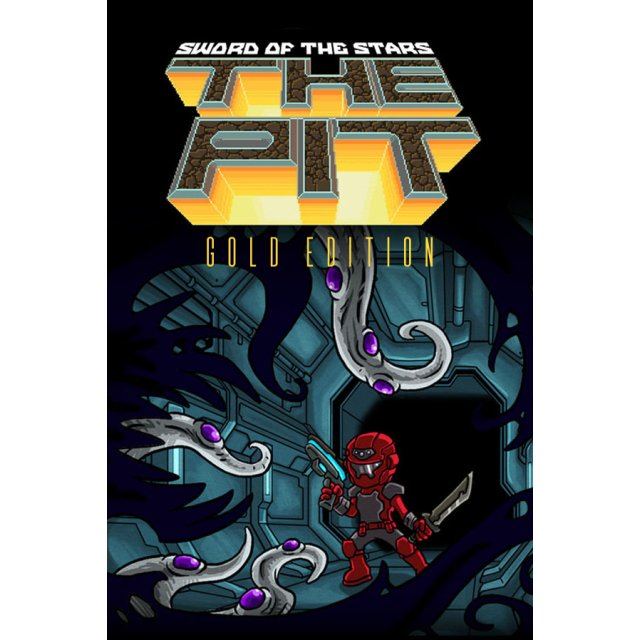 Sword of the Stars: The Pit [Gold Edition] STEAM digital

Region Free
This item will deliver instantly in your account. Some orders may be subject to verification by SMS or Voice which may cause delays.
US$2.60
Manufacturer
Kerberos Productions Inc.
Compatible With Windows™ (PC)
Version

Region Free
Price
US$2.60
Play-Asia.com Return & Refund Policy
Click on a thumbnail to see more pictures for Sword of the Stars: The Pit [Gold Edition]

This content requires the base game Sword of the Stars: The Pit - Mind Games on Steam in order to play.

The Story:
A deadly plague ravages your world. Your last hope: a legendary alien facility dug deep into the Feldspar Mountains...a massive Pit, built by the ancient Suul'ka. If 'The Pit' really exists, there might be something left. Something that will give your doctors a fighting chance at the cure. All you know for sure is that every expedition into those mountains has failed to return...

• Three new Character classes, each from a different previously unplayable alien race.
• Over 65 new items
• Over 35 new monsters
• Over 50 new messages which means lots of all new hidden recipes
• 30 new weapons, including new alien weapons
• 2 new Biome levels - Snow and Desert
• 2 new play modes; Quick, which reduces the number of rooms per floor and Fast, which skips ever second floor!
• Plus 1 hidden character, which you can unlock to help you out when things get tough!

• 3 new playable alien characters! The Hiver Warrior, Liir Seeker, and Morrigi Striker!
• 8 Characters from 5 different Sword of the Stars races to play as... Marine, Scout, Engineer, Psion, Ranger, Warrior, Seeker, and Striker!
• 40 Levels of ancient evil science between you and the cure, not to mention unique side areas, known as biomes!
• Improve your character and increase your skills as you try and find a way to survive the depths.
• Over 160 enemies drawn from the Sword of the Stars universe!
• Over 110 weapons and over 45 armors with a variety of special effects including flamethrowers, rocket launchers, plasma cannons and powered Brawler armor!
• Over 250 items, devices, and ingredients to find, ranging from the familiar to ancient exotic tech. Use stuff found around each level or on your enemies to craft together more than 100 new items!
• Randomized augmentation effects (for your equipment... and for you!) make each game unique.
• Develop 28 unique Psionic powers to better hold off opponents.
• 5 levels of difficulty, from Easy to Seriously? and three special modes; Infinite, where there is no end, Quick, which reduces the number of rooms per floor, and Fast, which skips every second floor!
• Dozens of room types containing a host of exotic devices to help - or maybe hinder - your progress.
• Discover and decipher hundreds of hidden messages, crafting recipes, and pieces of Sword of the Stars lore!
• Many fiendish ways to die including poisoning, disease, traps, disintegration, radiation, dehydration, starvation and of course... MONSTERS.
• Plus 1 hidden character, which you can unlock to help you out when things get tough!

No reviews for Sword of the Stars: The Pit [Gold Edition] yet.