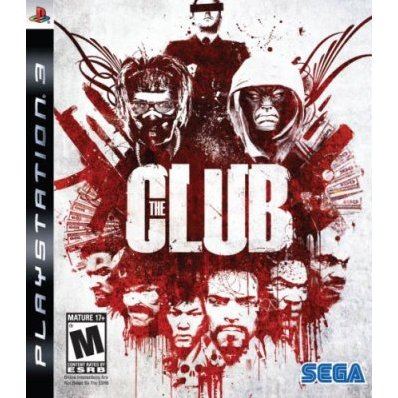 Works on all systems sold worldwide, a correct regional account may be required for online features.
1w Expected stock arrival within 1 week.
US$22.19
Manufacturer
Sega
Compatible With PlayStation 3™ (PS3™)
Version

Works on all systems sold worldwide, a correct regional account may be required for online features.
1w Expected stock arrival within 1 week
Price
US$22.19
Play-Asia.com Return & Refund Policy
Trustpilot
Trustpilot
Click on a thumbnail to see more pictures for The Club

The Club™, created by critically acclaimed developer Bizarre Creations, is a new breed of third-person shooter, combining fast-paced run and gun gameplay, destructive environments, and lethal weapons. You will fight to survive in a shadowy underground blood-sport controlled by a faceless, obscenely wealthy and influential elite who place their bets on who will survive as the blood-bath ensues before them. Take control of up to eight uniquely trained killers motivated by greed, driven by pure insane bloodlust, and hell bent on earning respect on a global level.

If you are familiar with The Club, why not let others know?