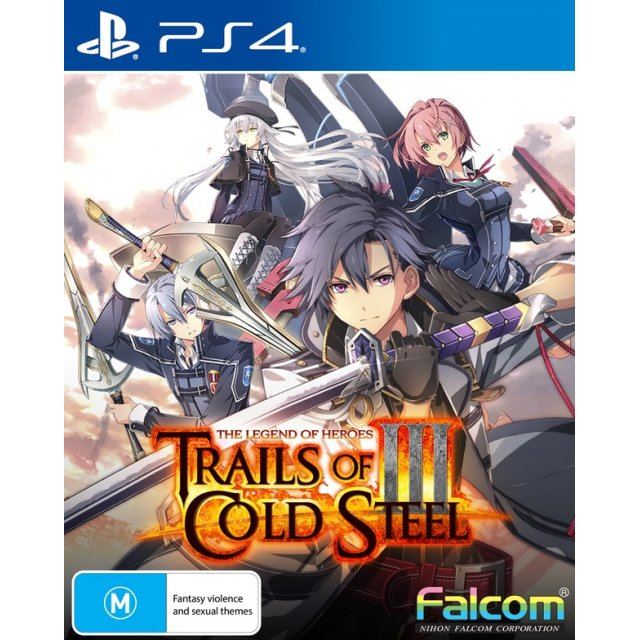 The Legend of Heroes: Trails of Cold Steel III

NIS America
Rated
By Our Customers
Compatible with PlayStation 4™ (PS4™)

Click on a thumbnail to see more pictures for The Legend of Heroes: Trails of Cold Steel III

If you are familiar with The Legend of Heroes: Trails of Cold Steel III, why not let others know?

Buy it here and you'll be satisfied...
[This review is based on another version of this product]
Zephyrr (1) on 30, Oct. 2017 00:47 (HKT)
Amazing game and phenomenal service!
As someone who's been following the Kiseki series for years now, I can say that this game is the best so far. Featuring a wide variety of new and returning cast as well as beautiful graphics, 60 FPS (with no stutter), improved combat system, and a plethora of content this is one of my best purchases for 2017.

This was also the first time I bought from Play-Asia and their service was phenomenal. I obtained my copy of the game two weeks after I had placed an order in mint condition. Nothing had been tampered nor messed with. I am extremely impressed with Play-Asia and will continue to order from here for any Japanese games.
1 »