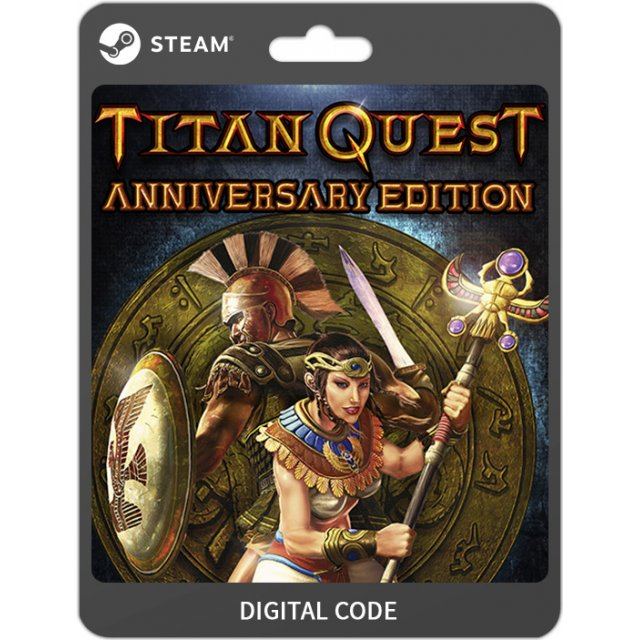 Region Free
This item will deliver instantly in your account. Some orders may be subject to verification by SMS or Voice which may cause delays.
US$5.93
Manufacturer
THQ Nordic
Price
US$5.93
Play-Asia.com Return & Refund Policy
Click on a thumbnail to see more pictures for Titan Quest Anniversary Edition

For its 10 year anniversary, Titan Quest will shine in new splendor. This Anniversary Edition combines both Titan Quest and Titan Quest Immortal Throne in one game and has been given a massive overhaul for the ultimate ARPG experience.

Discover the Courage that Turns Heroes Into Legends
From Age of Empires co-creator Brian Sullivan and Braveheart writer Randall Wallace comes an innovative action role-playing game set in ancient Greece, Egypt, and Asia. The Titans have escaped their eternal prison, wreaking havoc upon the earth. The gods seek a hero who can turn the tide in an epic struggle that will determine the fate of both men and gods.

In this epic quest of good versus evil, players will encounter the greatest villains of Greek mythology, brave the attacks of Cerberus, and hazard the banks of the River Styx. Players will interpret the prophecies of the blind seer Tiresias, fight alongside Agamemnon and Achilles, and use the wiles of Odysseus to conquer this dark new adventure.

No reviews for Titan Quest Anniversary Edition yet.