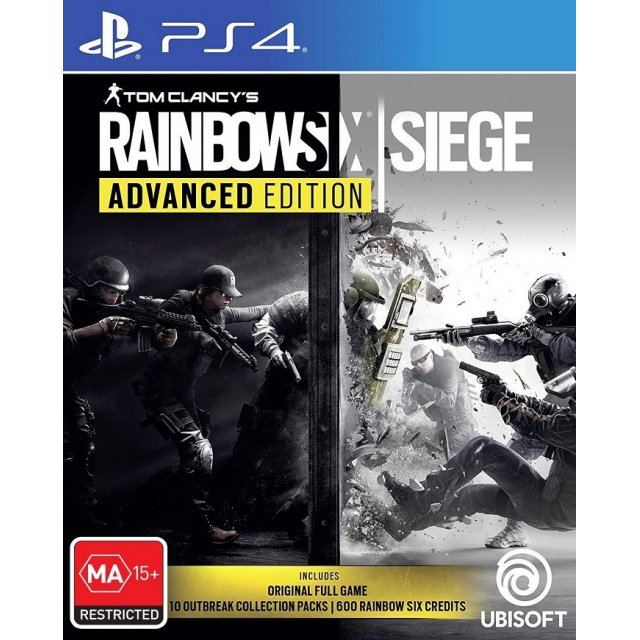 Inspired by real-world counter-terrorist organizations, Tom Clancy’s Rainbow Six Siege PS4 puts players in the middle of lethal close-quarters confrontations. For the first time in a Tom Clancy’s Rainbow Six game, players will engage in sieges, a new style of assault where enemies have the means to transform their environments into modern strongholds while Rainbow Six teams lead the assault to breach the enemy’s position. Tom Clancy’s Rainbow Six Siege gives players unprecedented control over their ability to fortify their position - by reinforcing walls and floors, using barbed wire, deployable shields and mines, and more - or breach the enemies’ using observation drones, sheet charges, rappelling, and more. The fast pace, lethality and uniqueness of each siege set a new bar for intense firefights, strategic gameplay and competitive gaming.

Tom Clancy’s Rainbow Six Siege also features a technological breakthrough that redefines the way players interact with a game environment. Leveraging Ubisoft Montreal’s proprietary Realblast engine, Tom Clancy’s Rainbow Six Siege incorporates procedural destruction that is realistic and unscripted, meaning the environment reacts authentically, distinctively and dynamically, based on variables like the caliber of bullets or the amount of explosives used. This advance allows players to leverage destruction in meaningful ways. Walls can be shattered, opening new lines of fire. Ceilings and floors can be breached to create new access points. This ability to modify the level design in real time enables players to create new gameplay opportunities directly within the game level.