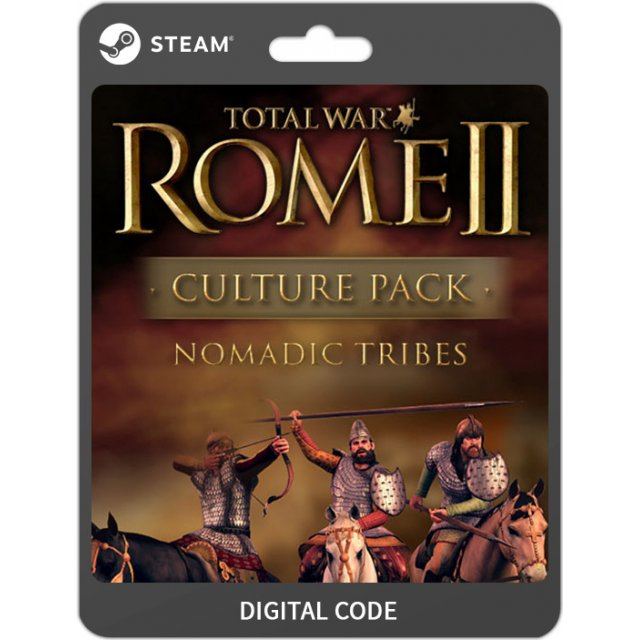 Region Free
This item will deliver instantly in your account. Some orders may be subject to verification by SMS or Voice which may cause delays.
US$3.45
Manufacturer
Sega
Price
US$3.45
Play-Asia.com Return & Refund Policy

The Nomadic Tribes Culture Pack enables ROME II players to take on the ancient world as the ruthless Roxolani, the independent Massagetae and the proud Royal Scythians. Accomplished raiders and legendary horsemen, the Nomadic Tribes are poised to sweep from the steppes and strike at the soft, sedentary targets of more established empires.

Defined by their independence, their excellence on horseback and their ability to swiftly assemble large armies, The Nomadic Tribes bring an entirely new cultural flavour to ROME II.