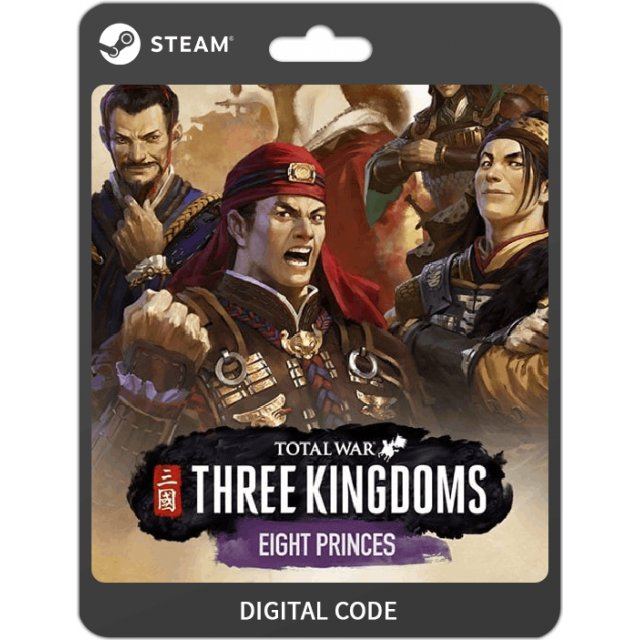 Region Free
This item will deliver instantly in your account. Some orders may be subject to verification by SMS or Voice which may cause delays.
US$7.06
Manufacturer
Sega
Compatible With Windows™ (PC)
Version

The year is 291 CE, and a generation has passed since the tumultuous events of the Three Kingdoms period began. Despite the tripartite division of power which brought the conflict to a stalemate and the brief unification of the kingdoms under the Jin dynasty, civil war is no more than a heartbeat away.

For the Jin is a dynasty divided. Its many ruling princes are hungry for greater power, each with ambitions – and methods – of their own. Eight stands above all others… will they rally to their emperor and empress? Or carve a legacy for themselves that will echo through the ages?

The Eight Princes Chapter Pack is set 100 years after the events of Total War: THREE KINGDOMS and features a new cast of playable factions led by the foremost princes of the Jin Dynasty. These Eight Princes offer feature substantially different campaign mechanics, focussing their playstyles in fascinating and unique ways.

NOTE: This content requires the base game Total War: THREE KINGDOMS in order to play.