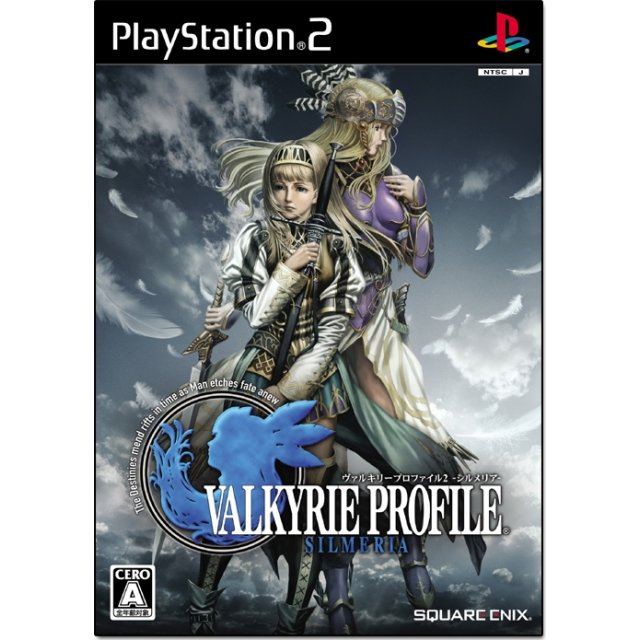 Valkyrie Profile 2: Silmeria is set before the predecessor, when the ruined city Dipan was still a busy and prosperous city. The valkyrie Silmeria found herself taking an opposing stance against the lord of the gods, Odin and was forcibly reborn in the body of the princess of Dipan, Alicia. Unexpectedly, the spirit of Silmeria that was supposed to be sealed suddenly awakened, creating the situation of both a god and a human residing in the same body. And of course, Odin would not just sit there and do nothing, and so he sent out the leader of the 3 female gods of destiny, Ary. What lies in store for Silmeria and Alicia?伝説の前作から６年――。待望の「ヴァルキリープロファイル」に続編が登場！1999年末に登場し、新タイトルながら爆発的人気を誇った前作「ヴァルキリープロファイル」の続編がついに登場！

If you are familiar with Valkyrie Profile 2: Silmeria, why not let others know?

enyce02941 (3) on 16, Jan. 2007 01:55 (HKT)
A prequel that builds on its predecessor.
As a big fan of the original Valkyrie Profile, I couldn\'t help but pick up Silmeria. I had a lot of high expectations based on the excellent Playstation game, and many were met, but not without exceptions.

In terms of story and characters, I\'m not quite happy with the direction Silmeria took. In the original the Einherjar you recruited had their backstories explained through dramatic cutscenes. In Silmeria the Einherjar you encounter are generic and somewhat randomized. This leaves the actual storytelling to the main cast; a disappointment when in the original each encounter with a new Einherjar served to further develop Lenneth\'s character. However, there are a few returning faces in the cast that make for some very interesting battle parties.

Speaking of battles, the combat system of Silmeria remains close to the original. Each of the four characters in your party is assigned to a button, and must attack with precision timing to achieve maximum damage and desirable effects such as Break Mode. However, the battles take place on a three-dimensional field where the party must move about to get into range of the enemy. There is also a time factor that can reward bonus experience. These new features serve to keep battles interesting and challenging. The often-frenetic series of combos and ougis are very impressive to watch, as are the rest of the game\'s gorgeous graphics.

Music is one area where I believe Silmeria falters. The battle themes and music in general tends to be a bit more soft and mellow than those in the original. Other themes such as the music used in the game\'s opening, as well as other cutscenes is better; very dramatic and emotional.