No Region Protection
In stock, usually ships within 24hrs 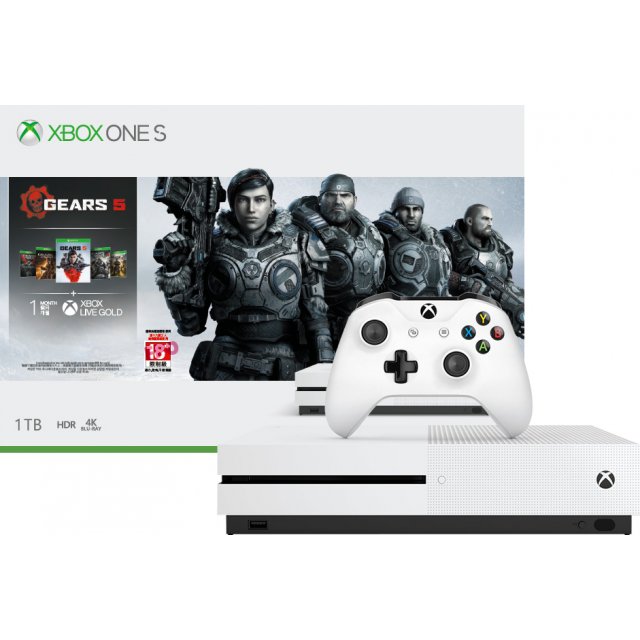 PowerA Wired Controller for Xbox One (Black)
US$ 35.99

Play the greatest games lineup, including Xbox 360 classics, on a 40% smaller console with High Dynamic Range. Stream 4K video on Netflix and Amazon Video, and watch UHD Blu-ray movies in stunning visual fidelity. Then experience the enhanced comfort and feel of the new Xbox Wireless Controller, featuring textured grip and Bluetooth technology. Now includes a vertical stand for the perfect setup and fit. With all the biggest blockbusters this year, everything you love about Xbox 360 is even better on Xbox One.

No reviews for Xbox One S Gears 5 1TB Bundle yet.