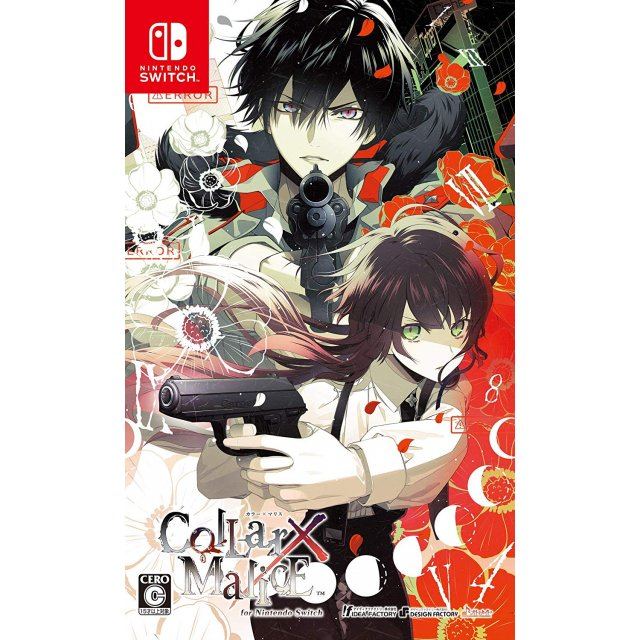 Works on all systems sold worldwide, a correct regional account may be required for online features.
24h In stock, usually ships within 24hrs.
US$67.98
Manufacturer
Idea Factory
Compatible With Nintendo™ Switch (SW)
Version

Works on all systems sold worldwide, a correct regional account may be required for online features.
24h In stock, usually ships within 24hrs
Price
US$67.98
Play-Asia.com Return & Refund Policy
Click on a thumbnail to see more pictures for Collar x Malice for Nintendo Switch

The protagonist is a policewoman working in Shinjuku, a city that has become unsafe after a series of violent crimes known as the "X-Day Incidents".

While responding to a call late one night, an unknown assailant attacked her, and when she regained consciousness she had a collar with a poison delivery mechanism, capable of being activated remotely, around her neck.

Amidst the chaos and right before the protagonist’s eyes were men with suspicious backgrounds. They’re all part of an organization composed of former police officers and have taken it upon themselves to investigate the brutal cases.

Without knowing whether she should trust these men or not, she suddenly became the person who held the key to this massive case.

In order to remove the collar that places her at the edge of death and to liberate Shinjuku from the malice that binds it, she cooperates; beginning to investigate the incidents with the men.

Who holds her life in their hands?
Will Shinjuku ever return to its former glory?

If you are familiar with Collar x Malice for Nintendo Switch, why not let others know?